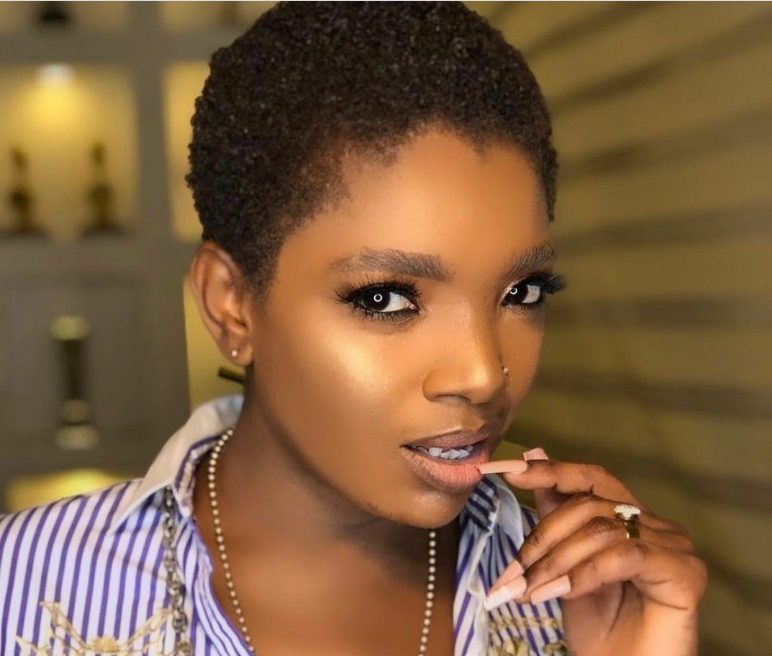 Annie Idibia, the wife of Nigerian musician 2Baba has stated that though she might not be from a rich home, her kids deserve to have a mother they can brag about.

Idibia stated this on Instagram on Tuesday, March 1, while reflecting on her humble beginning.

The mother of two who had earlier revealed that she grew up in a one-bedroom apartment with her three brothers said,

“Ain’t no shame in humble beginning!!! At least my kids and my entire next generation won’t have to say this! Grace.”.

“I no bi rich man pikin But my kids must have a mother they can brag about, ” she added. 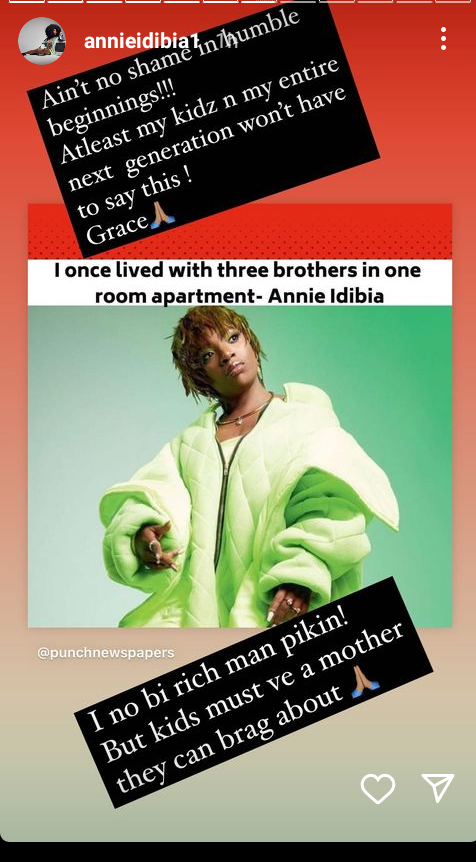 BBN Star: Never Where The Broke Shit At, Angel Says