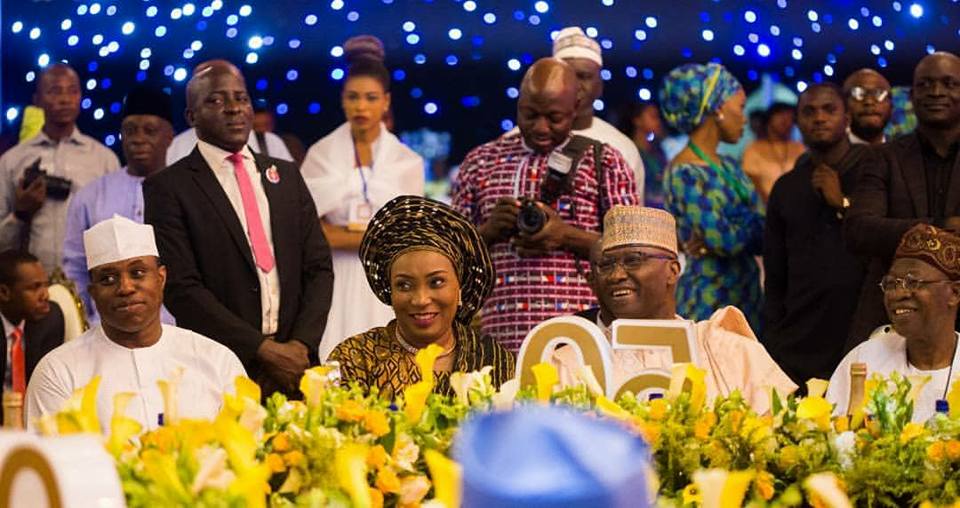 For a while, Dimeji Bankole has not shown interest in socializing. His political interest has also being something that has been uncertain.

For whatsoever reason, Bankole has been hibernating with little known about his recent activities except for his hotel business.

He surfaced days back specifically on Monday, December 25 at the birthday of Speaker of the House of Representatives, Yakubu Dogara.

Dressed in his typical white native attire, Bankole showed he is still a man to admire, as a smile of shyness played on his face all through the party which held at the International Conference Centre Abuja.

Present at the party were notables from far and wide in Nigeria. Some of them include President Buhari’s daughter, Halima, Senator Dino Melaye, Ali Modu Sheriff, Patricia Etteh, Mariam Abacha, Segun Awolowo, Senate President, Senator Bukola Saraki and several others.

Photo Story: Pictures From The 50th Birthday Of Yakubu Dogara