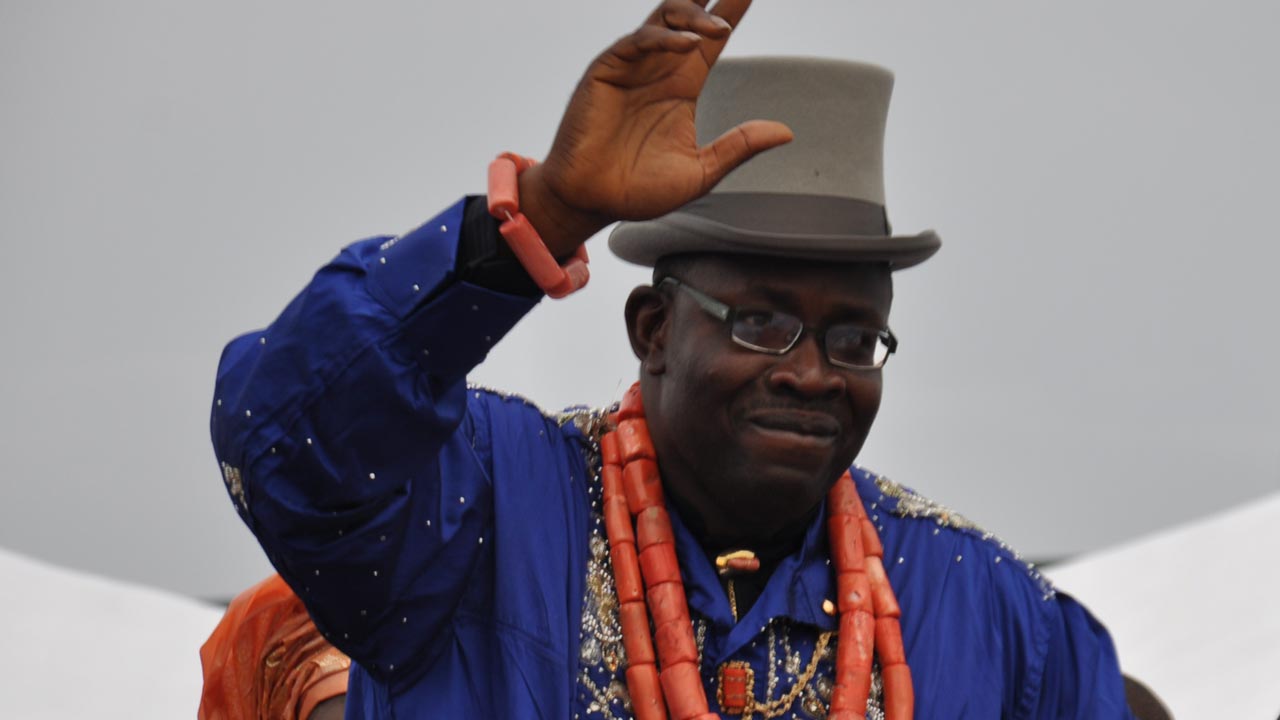 In the light of accusations that states house of assembly hardly make laws that benefit the masses, the Bayelsa State House of Assembly has just enacted an interesting law.

www.theoctopusnews.com, can report that the state lawmakers have passed a bill into law that will see both past and present lawmakers recieving 500,000.00 annually till death.

The lawmakers described the payment a lifetime pension.

The lawmakers passed the bill into law on Wednesday, April 24th after the Leader of the House, Peter Akpe, representing Sagbama Constituency 1, moved the motion for the debate.  The bill proposed a monthly pension of N100,000 for members while the speaker and deputy speaker would be entitled to N500,000 and N200,000, respectively throughout their life after serving in the Assembly.

The Bayelsa State House of Assembly which is dominated by PDP members has since turned a laughing stock.

Reacting to the development via a statement, APC,  publicity secretary, Doifie Buokoribo, said it was unsympathetic for members of the House of Assembly to seek to enhance their own lives at the expense of the vast majority of Bayelsa people living in pain and penury.  The party described the bill as “unjust, ungodly and self-serving,” also describing the life pension bill as an “unspeakable crime against our people.”  It called on the state governor not to assent on the bill.

The Statement In Part:

“The party has also observed how the strange idea, which was proposed as a bill and passed by the House on Wednesday has set the public pulse racing. APC Bayelsa completely rejects this life pension bill for members of the Bayelsa state House of Assembly.  “APC has been at the forefront of efforts to enthrone a regime of better life for the people of Bayelsa state. And we have led a robust opposition to the current system of anti-people governance in the state for close to eight years. Regarding this latest move by the House of Assembly, we again say that the idea is avaricious, wicked, and insensitive. “By proposing such a law, the lawmakers have merely portrayed themselves as a people who feel no concern for the feelings of their suffering constituents. They have once again confirmed that they are in cahoots with the executive in the serial impoverishment of the people of Bayelsa state.” 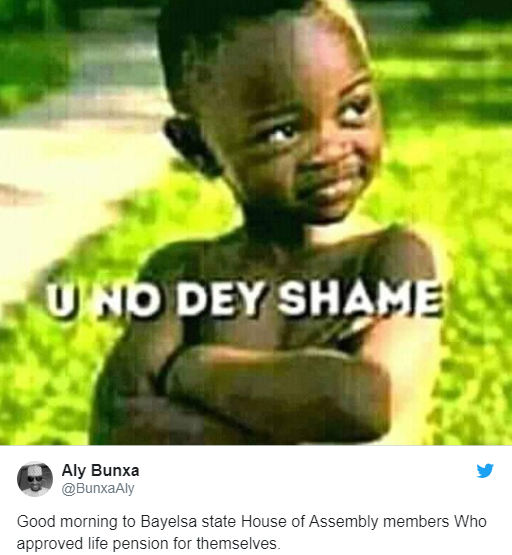 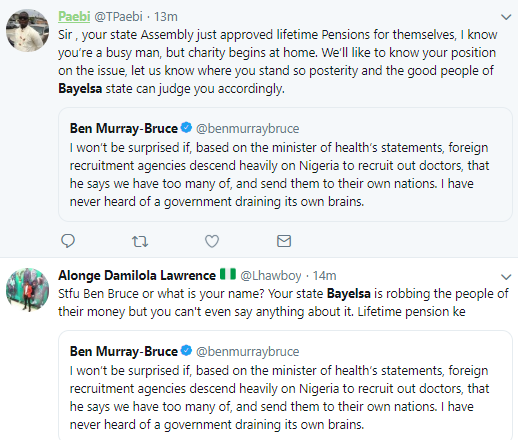 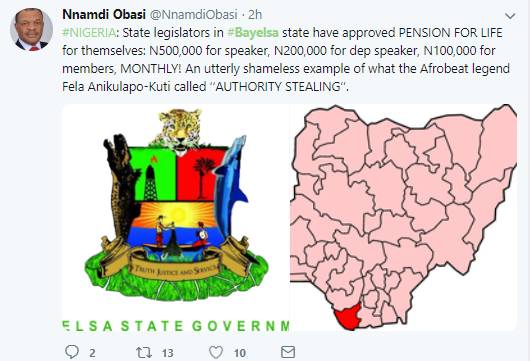 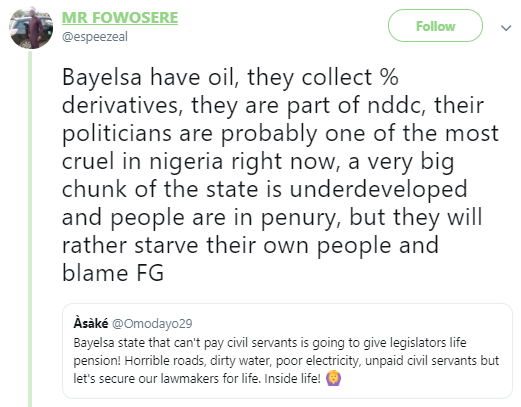