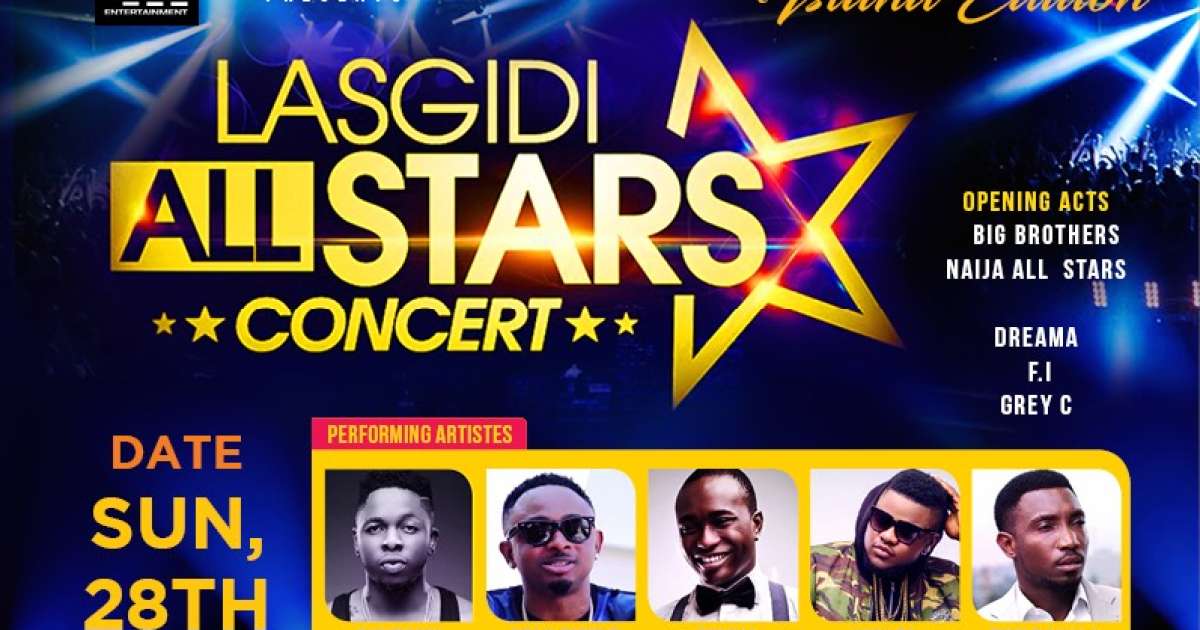 The event which is expected to coincide with the closing weekend of activities for Lagos @ 50 celebrations will attract over 100 celebrities in the Nigerian entertainment industry and their fans under one roof.

According to Akpor Gbemre, the executive producer of the concert, “This leg of the concert which is tagged the “Island Edition” will as usual celebrate music of Nigerian origin. The concert is also dedicated to Lagos @ 50 celebrations as it is a significant landmark in the life of any individual, institution or state. For Lagos State, it has been an eventful 50 years which deserves to be fittingly marked with performances that will dazzle the audience at the show.”

Lasgidi All-Stars Concert started off as Ikeja All-Stars back in 2007 before it rebranded to what it is today, an annual music All-Star series.

The company behind the show, 411 Entertainment is the organiser of the sold out Green White Green Carnival in 2009, which held at Oniru Private Beach, Lagos.