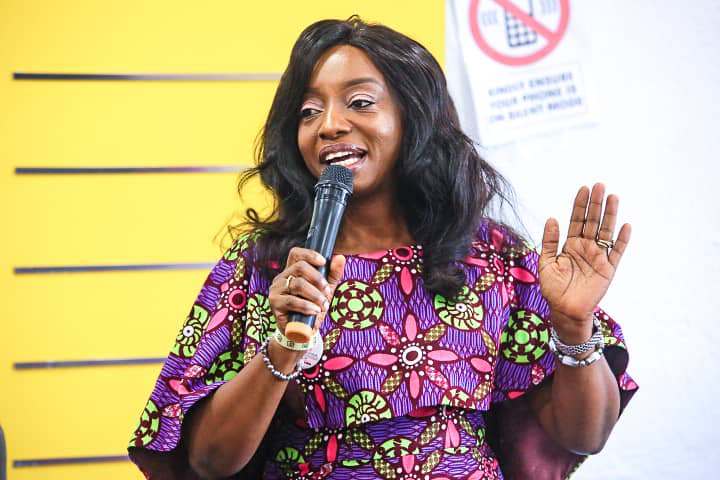 Wife of Lagos State Governor, Dr Ibijoke Sanwo-Olu has described the role of journalists as critical to the survival and development of the nation, urging media practitioners to always discharge their responsibility with absolute sense of loyalty, dedication and professionalism.

Speaking at the grand finale of the 2019 Press Week of the Nigeria Union of Journalists (NUJ), Lagos Television Chapel, held at the weekend in Ikeja, Dr Sanwo-Olu said as members of the fourth estate of the realm, journalists perform key role as watchdog of the society, and they must therefore continually give prime considerations to the interest of the nation.

Dr Sanwo-Olu, who was represented by an Assistant Director in charge of Public Affairs in her Office, Mrs Olubukonla Nwonah, said: “Journalists, as we all know, play a key role in the society. As members of the fourth estate of the realm, they inform, educate and entertain the general public, and above all, they serve as the conscience of the nation holding government and the people accountable for their actions and inactions.

“Since the role of journalists is critical to the survival and development of any nation, it therefore behooves media practitioners to continually discharge their responsibility with absolute sense of loyalty, dedication and professionalism.”

She urged media practitioners to strive hard to rescue their profession from the abuse of social media, saying deliberate efforts must be made to sanitize the new media space, especially to address churning out of fake news.

According to her, “In as much as Social Media is a tool to inform and educate people on the happenings in the society, it has, however, been abused by unscrupulous characters who, most times, blow issues out of proportion or indulge in outright falsehood to attract traffic.

“For me, it is time for media professionals to take over the Social Media space with the view to sanitize the sector and ensure that professionalism is brought to bear on the information being churned out to the people through the various social media platforms.

“Thankfully, many of the well-established traditional media platforms are now making good use of Social Media, but they must do more to completely take over the New Media space.”

Besides, Dr Sanwo-Olu congratulated the personalities that were honoured with special awards as part of the week-long activities lined up to celebrate the Press Week, urging them to sustain the impressive track record of meritorious service that earned them the recognition.

Lagos Police Round Up 25 Suspected Cultists Within 24-Hours

PEOPLE MUST BE AT CENTRE OF YOUR ACTIVITIES, TINUBU TELLS SANWO-OLU, LAGOS CABINET MEMBERS