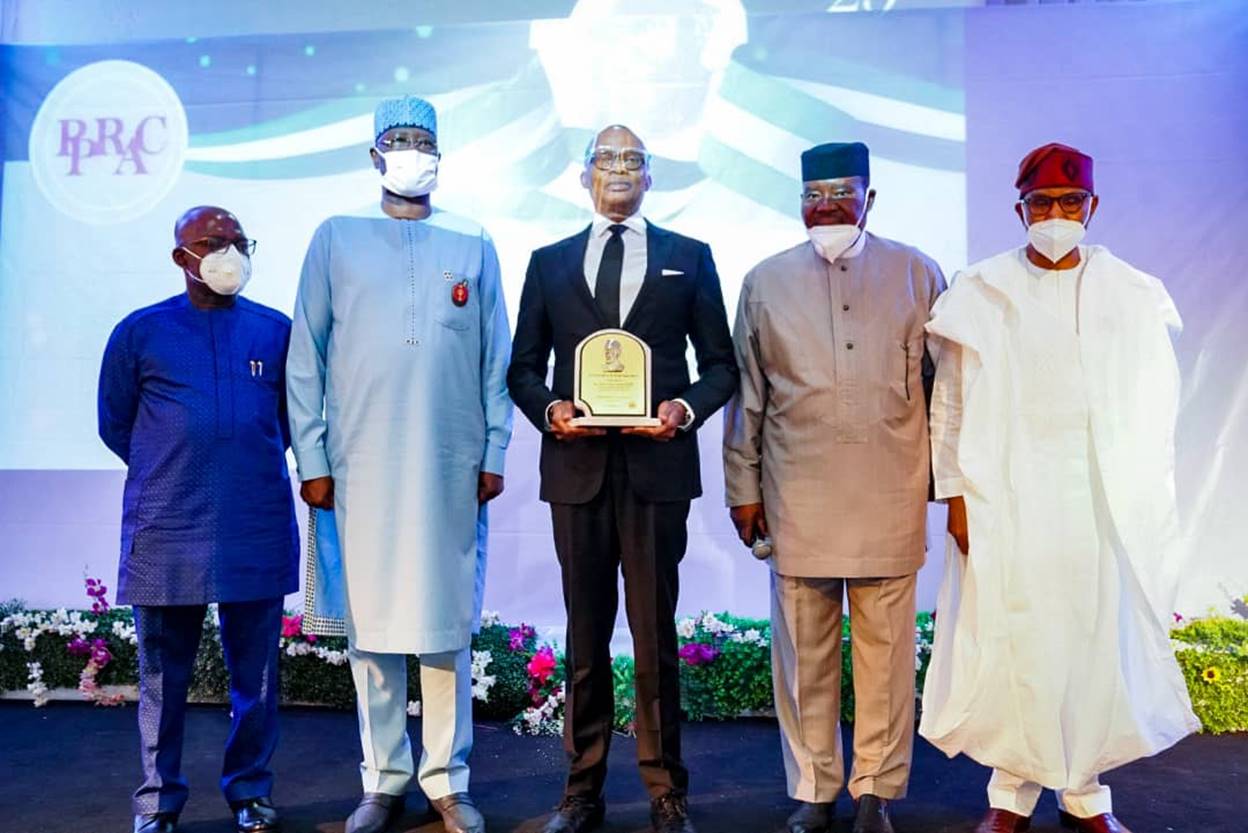 The reward for hard work might be more work, however, for some people, there are other pecks.

Kennedy Uzoka will affirm this, as his hard work as Group Managing Director/Chief Executive Officer, United Bank for Africa Plc recently saw him being celebrated.

It was impossible for the man’s outstanding contributions to the development and growth of the banking and financial services industry not to have been noticed.

Hence, he was honoured with the prestigious Zik Prize for Professional Leadership.

He received the award from the Secretary to the Government of the Federation (SGF), Boss Mustapha at a glamorous event held at the Civic Centre, Lagos State.

Organised by Public Policy Research and Analysis Centre (PPRAC), Uzoka was announced as the winner of the much-coveted award attracting positive comments and words of encouragement only befitting of a man of his status.

The Zik Leadership awards is organised by the Public Policy Research and Analysis Centre (PPRAC). It was instituted 25 years ago.