Kiki Osinbajo has been in the front burner of social happening in recent times.

Asides being at selected choice parties, the beauty is also known to have attracted eggheads to the opening of her beauty shop, Glam’d Africa Beauty House in Abuja.

One thing which we have however not found out is the man behind her. The man who has been encouraging her to achieve her success and not look back has been undercover.

Kiki Osinbajo might however have unveiled him unknowingly. She was spotted with a youngman recently when she stepped out for a game of Polo. Though with her dad the Vice President, Kiki Osinbajo, sat several chairs away from him enjoying her conversation with the cool looking bespectacled man. 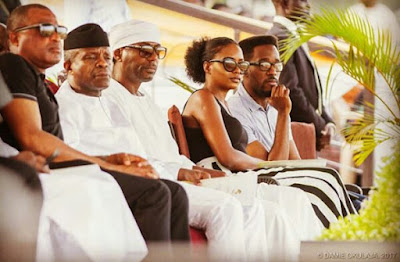 While there is no confirmation of the identity of the man, the speculation that he is her heartthrob can’t be totally ruled out or can it?

IMASUEN TO BE BURIED IN BENIN CITY ON DECEMBER 2