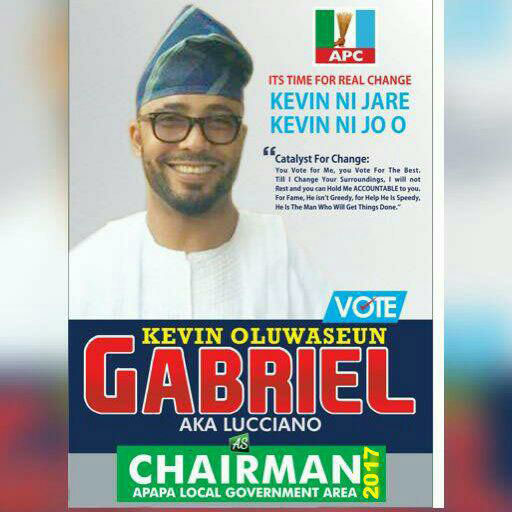 Kelvin Luciano, the former boss of Asa, Harrysong and Omalicha when he ran Question Mark Entertainment is giving politics a try.
Lucciano, a known entertainment businessman announced his interest in politics with the release of a poster which read “it’s time for real change.”

Further, the poster read “you vote for me you vote for the best, till I change your surroundings, I will not rest and you can hold me accountable to you. For fame, he isn’t greedy, for help he is speedy, he is the man who will get things done.”
According to information on the poster, Lucciano real names Kelvin Oluwaseun Gabriel, a member of the All Progressive Congress (APC), will contest as Chairman in Apapa Local Government later in the year.

Will Patoranking Pay For His Foston Utomi’s Mistake?