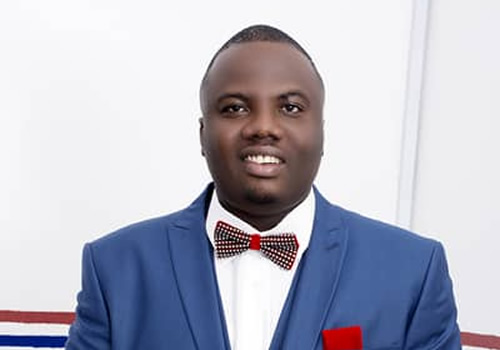 Dr. Julius Olaniyi Oyedemi has always been a believer of the philosophy, ‘One Step At A Time’. And this is why he is celebrated by several individuals and corporate organisations.

Over the years, the philosophy has seen him growing from height to height, with several enviable achievements to show.

Dark-complexion and amiable Dr. Oyedemi took over from Dr. Afam Okonkwo, who recently assumed the office of the Group’s Executive Director.

With the new appointment, Dr. Oyedemi takes over the mantle of PWAN Homes, a firm with over 21 affiliates firms under the PWAN Group.

He becomes the first among other MDs in the group; and the fourth in command after the Group’s Chairman, Dr Augustine Onwumere and the Group Managing Director (GMD), Dr (Mrs) Jayne Obioma Onwumere and Group’s Executive Director, Dr Afam Okonkwo.

“Hence, his new appointment is strategically intended to shore up customer satisfaction, which is the hallmark of PWAN Group. His coming will also demystify some existing challenges necessary to usher in a new dawn into every aspect of the group’s operations,” the GMD explained.

Dr Oyedemi is an Electrical/Electronic Engineer from Madonna University, Anambra State. He joined PWAN Group as a Business Development Executive (BDE); he became the MD of PWAN Plus two years later, and rose to become a member of board of Directors of the leading real estate firm within the space of six years.

With sound Information Technology (IT) background, Dr Oyedemi also created a paradise of service in the Nigerian vibrant media industry, having worked in different newspaper houses, including New Telegraph, National Mirror and the Nation newspapers.

“My vision is to transform the entire organisation in 12 months, to an excellent service delivery organisation, he stated; adding: “In my three weeks of assuming office, some positive achievements have been recorded, such as physical allocation in four estate locations. and many more to be announced.

“Our highly esteemed clients should be rest assured that my team and I are here to make them happy customers,” Dr Oyedemi added.

He has several professional certifications to his catch of knowledge. He is a member of the Chartered Institute of Public Diplomacy and Management; and an alumnus of the famous Lagos Business School.

Recently, Dr Oyedemi was decorated with the prestigious UN-POLAC Peace Advocate Award, courtesy of the United Nations Positive Livelihood Award Centre (UN-POLAC). He has also, won serial awards for his pacesetting innovations, excellence and impact in the real estate sector.