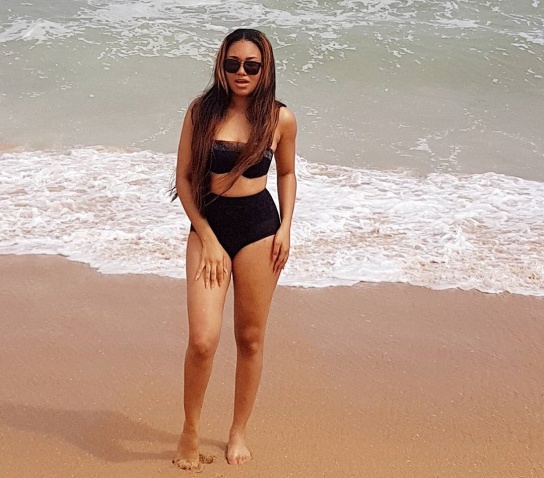 Most Beautiful Girl in Nigeria 2013, Anna Banner is back on the saddle again.
As MBGN, Banner left a lot of men fantasizing about her.
However, all that changed the moment she got involved with singer Flavour and had a baby for him. As the singer’s Baby Mama, Banner comported herself, while she longed to walk the whole nine yards that would see her become Flavour’s wife.
Recent developments that saw the two parting ways have however put paid to that dream. With marriage to Flavour out of the picture, the fair-complexioned mother of one announced her availability, as she commences a life without the singer.
Banner, announced she was available once again when she recently shared a sexy picture of herself on a beach clad in a black bikini.

Related Topics:Anna BannerflavourIs Anna Banner back On The Saddle?MBGNMost Beautiful Girl in Nigeria 2013slideshow
Up Next