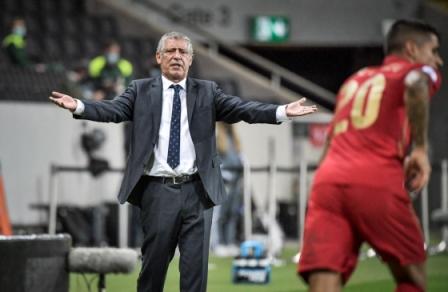 Football lovers can look forward to more international football action on DStv and GOtv, as the group stage matches of the 2020/21 International Friendlies, UEFA Nations League and UEFA Euro Qualifiers 2020 airs live on SuperSport. These start from Thursday 8 to Wednesday 14 September 2020, and SuperSport will provide coverage on no less than 10 international friendlies and no less than 32 UEFA Nations League (UNL) and Euro 2020 matches in the space of seven days.

Thursday 8 October, the International Friendlies is headlined by a British derby between England and Wales. For the ‘Three Lions’, Everton striker Dominic Calvert-Lewin will be hoping to make a major impact on his first call-up to Gareth Southgate’s team, having enjoyed a goal-laden start to the campaign with the Toffees. Thursday also sees Belgium and New Zealand kick-off at 7:45pm on SuperSport Premier League. Earlier in the day Russia and Sweden battle it out at 5:30pm on SuperSport Premier League.

Euro 2020 qualification has reached the playoff semifinal stage and Thursday 8 October sees Georgia host Belarus at 5pm on SS Premiere League, in the early kick-off, before three evening games: Scotland will look to pick up their form for the visit of Israel airing at 7:45pm on SS Football, Slovakia will tackle the Republic of Ireland and Northern Ireland head to Bosnia and Herzegovina, both at 7:45pm on SS Variety 3 and SS La Liga respectively.

The focus then shifts to midweek action on Tuesday 13 and Wednesday 14 October, with the matches including Croatia v France at 7:45pm on SS Football – a repeat of the World Cup final and the teams’ UNL clash last month, both of which ended 4-2 in favour of Les Bleus. Germany vs Switzerland will air live on SS Premier League at 7:45pm while Ukraine vs Spain on SS Football at 7:45pm both on Tuesday 13 October. More Matches for the Wednesday 14 includes Finland vs Ireland at 5pm on SS Premier League, Portugal bs Sweden on SS Variety 3, England vs Denmark on SS Premier League and Scotland vs Czech Republic on SS Variety 2, all at 7:45pm.

Also keep an eye for October 14’s rematch between Italy and the Netherlands, with the Azzurri hoping to claim a repeat of the 1-0 win they recorded when the teams met in Amsterdam last month. This will air at 7:45om on SS Premier League.

Don’t miss the 2020-21 football season on SuperSport on DStv and GOtv.  For the full football experience, reconnect or subscribe to any of these packages; DStv Premium, Compact Plus, Compact, Confam & Yanga and GOtv Max & Jolli for selected matches.

Also, visit www.dstvafrica.com and www.gotvafrica.com and download the MyDStv app or MyGOtv app from the iOS and Android store to upgrade, reconnect or select the Auto-Renewal option to stay connected to quality football entertainment without interruptions and for other self-service options. And while you’re on the move, you can stream matches on DStv Now.

Related Topics:DSTVGoTVInternational Friendlies; UEFA Euro Qualifier and Nations League LIVE on DStv and GOtv
Up Next