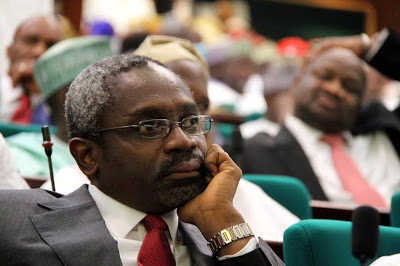 Speaker of the House of Representatives, Femi Gbajabiamila, has identified insecurity as Nigeria’s biggest threat to staying united.

Gbajabiamila stated this while expressing serious concerns about the current security challenges confronting the country.

Speaking at a retreat in Abuja on Thursday, September 24, Gbajabiamila told listeners that the country’s existence was being threatened by insecurity.

According to the lawmaker, the country’s insecurity challenges have undermined the public’s confidence in the ability of the government to protect them.

He said: “These internal security challenges threaten the very existence of the Nigerian state because they undermine public faith in the government’s ability to fulfill its fundamental obligation to protect the lives and property of citizens.”

The speaker disclosed that the issue of security has been a priority under his leadership at the House of Representatives. He said he has visited Katsina, Borno, and Zamfara to assess the security situation in those states.

SANWO-OLU FLAGS OFF CONSTRUCTION OF 250 ROADS, POWER PROJECTS ACROSS 377 WARDS

How We Will Defeat Gov. Makinde In 2023-Adelabu