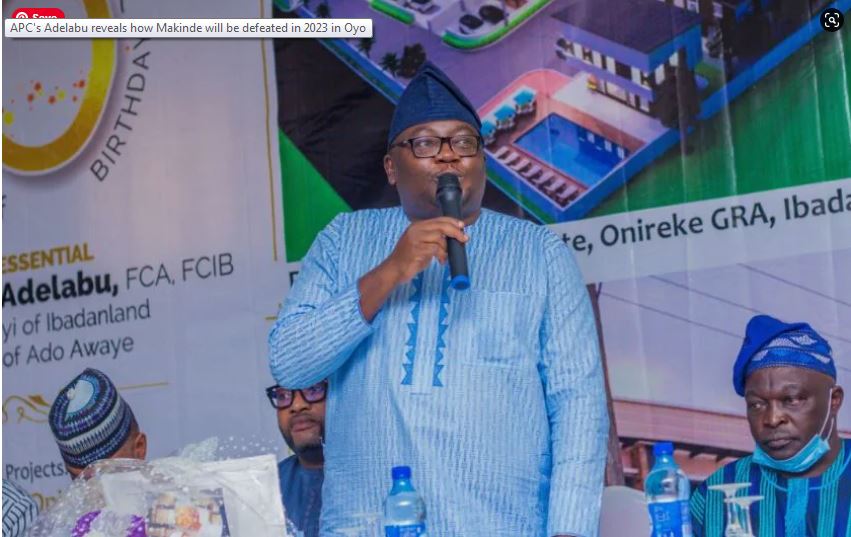 Adebayo Adelabu, the governorship candidate of All Progressives Congress (APC), in the 2019 election in Oyo State has revealed how they intend to defeat Governor Seyi Makinde in 2023.

Adelabu made this declaration on Thursday, September 24, at a media parley held in Ibadan, Oyo State to herald his 50th birthday celebration.

The former deputy governor of the Central Bank of Nigeria (CBN) who will clock 50 years on Monday, September 28, said that the APC in the state was more united to dislodge the incumbent PDP government, adding that the party lost in 2019 to a coalition and not Makinde.

He said: “The result of the coalition dislodged APC in Oyo. If we have contested elections in our different parties, Makinde would not have won. He would have been third or fourth from the result.

“The Makinde-led government has not done anything significant in close to 18 months. With the poor performance of this government, it will be easier to dislodge it come 2023.”

Adelabu stressed that his ambition to contest the governorship seat in Oyo had not waned, adding that he remained the best governor candidate in the party for the 2023 election.

He said that his defeat in the election has afforded him the opportunity of knowing more about how progressives in the state operate, adding that the Makinde-led administration has disappointed the people

He further said: “Everything this administration promised the people of the state is still on their wish list 16 months after coming on board. With the caliber of people that have returned to APC, no party can stand in the way of our party. He noted that almost two years after Makinde was inaugurated, nothing concrete could be pointed to as an achievement of his government. “