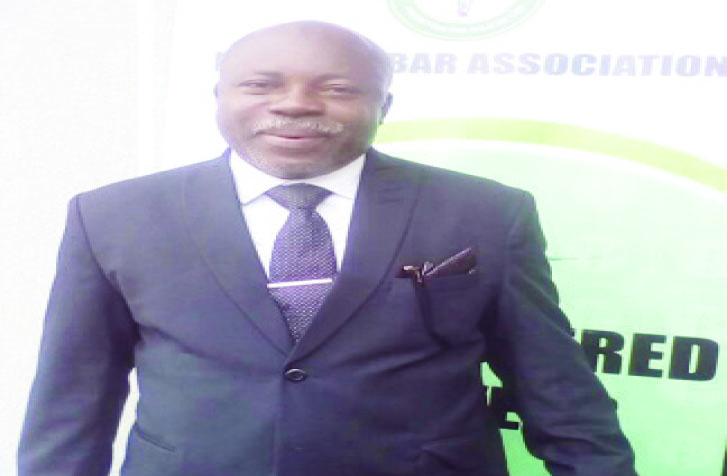 The Chairman of the Nigerian Bar Association (NBA), Epe branch, Prince Abimbola Sunday Abimbola has frowned at the idea of granting immunity to lawmakers.

Prince Abimbola urged Nigerians to resist the idea in totality.

Speaking during an exclusive interview with www.theoctopusnews.com, Prince Abimbola criticised the idea, adding that the treatment should also be accorded  to the judiciary if the legislature is to be granted immunity.

“You can see the way they humiliated Saraki out of office, they prosecuted him, distracted him and now the remaining of them are asking for immunity for themselves, why not for the judiciary too?

“After they have disgraced Onnoghen from office, who is next? This push for immunity is to encourage corruption.

“When Orji Uzor Kalu accused Obasanjo of  corruption, he waved his immunity to defend himself. That is how it should be, immunity should be removed across board. If they can’t give it across board, then it should be removed. What is good for the goose, is good for the gander, they are triplet babies, and what applies to the first that comes out of the womb, applies to the two others, ” Abimbola stated.

Recall that the bill to grant members of both states and federal legislature immunity recently passed its second reading at the House of Representatives.

If passed into law, it would be difficult to prosecute indicted lawmakers while in office.

Spnsored by Olusegun Odebunmi, lawmaker representing Ogo-Oluwa/Surulere Federal Constituency of Oyo State, the bill seeks to alter Section 308 of the constitution of the Federal Republic of Nigeria, 1999 to extend immunity to cover presiding officers of legislative institutions.

Speaker of the House of Representatives, Femi Gbajabiamila, who is not in support of the bill said that he would only agree to it if it was proposed to take effect from 2023.

However, the lawmakers later resolved that the bill should be pushed to Nigerians through a public hearing to accept or reject it.