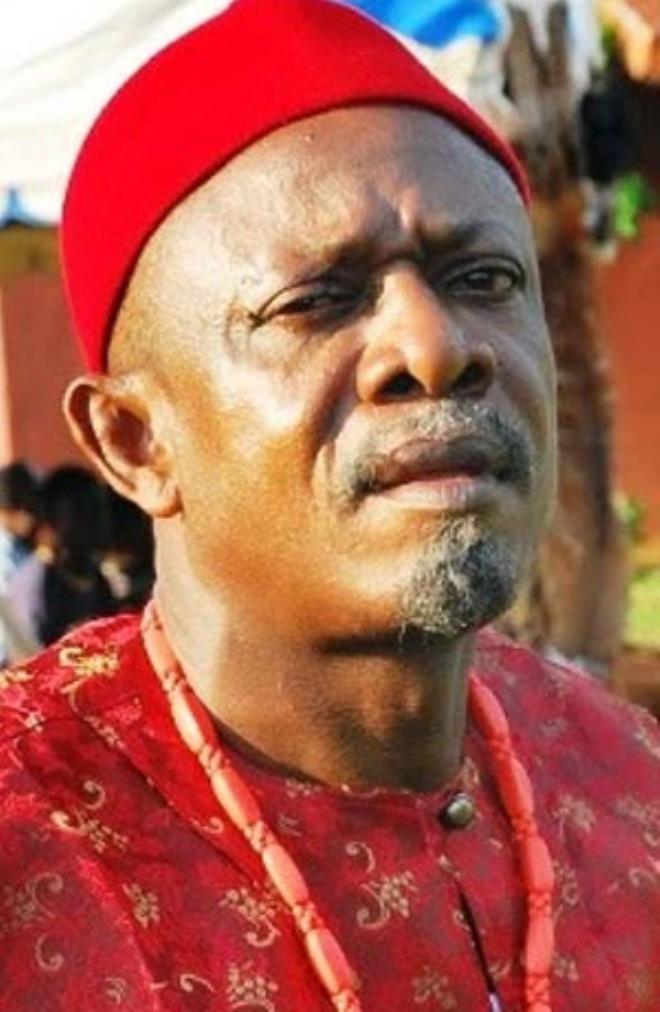 Comic thespian and movie producer, Nkem Owoh, qualifies in all ramifications to be tagged a veteran of the Nigerian make-believe industry. Famed for highly successful movies such as Osofia In London, Stronger Than Pain, Ghana Music Go, and more recently Chief Daddy and Lion Heart, the actor spoke about his retirement from the movie industry, making a flick bigger than Osofia In London and what he hopes to fall back to after retirement in this interview with Lukmon Akintola.

You have been shooting movies with younger actors and actresses in recent times, how does it feel?

Are you really retired?

I am about to retire, but young movie producers are not allowing me to retire. And that shows that I am still relevant. When the younger generation says come we still need you, it means that there is still something in you that they cherish.

What has kept you going in the movie industry?

It is the ace, the ability to remain relevant that makes moviemakers still call me to come and work with them. That is what is still making me relevant in the industry. Moviemakers calling me shows that what we have done and what we are still doing is creating a very big and positive impact on younger generations. So, they calling me makes it look like they are grabbing something from what we have initiated and what we are doing.

You acted in some of the biggest flicks in the Nigerian movie industry; do you still have any major plan?

Now that we are almost at the retirement age, it is young producers who have to do creative things, and bring us in. To be honest with you, since we started this Nollywood thing and I happen to be one of the pioneers of the industry, I think we have done our own part. At least, when I look around and I see what Nollywood has become, it makes me happy. I will like to see more, but it is on the younger generations to create things that will involve us so that we can show the part of ourselves that has not been unveiled.

Are you satisfied with the crop of actors in the movie industry presently?

No, you cannot be satisfied with all of them. I am not satisfied with all of the things in the movie industry, but I don’t try to throw blames at them because of the situation of things in the country. Everybody is looking for how to feed. So, they try their hands here, they try their hands there. And until things start to stabilise, and people start to go to their own discipline things cannot be better. Some of them who do not have the talent to come into the entertainment industry are there. But if you have the talent, you have it in you. Just like me, I studied Engineering, but now I am in the entertainment industry. That means that there is a spark in me that entertains people. But because of the economic situation of the country and everything, people jump into what they are not supposed to get into, and that is why I said that I will not blame them. But I am not happy that up till now people haven’t found out where they belong.

What is your take on the movie industry?

I give them kudos for the state of the industry. If I check Hollywood and Bollywood, it took them a very long time to get to the stage they are now, but in a very short time, we are shooting the guns and people are hearing.

Can you tell us what you hope to fall back to after retirement?

Well, the thing is that I have already established one or two things. I have a school now; there are other things that I have. I have some private businesses even outside the shores of this country. So, I am too busy as it is, but if producers say that I am relevant, and they call me to act in a movie, I will always come.

When most actors retire, they end up setting up production outfits, is that your plan too?

I had a production company as far back as 2008. I have a studio, and as a matter of fact, the camera we used to shoot ‘Osofia In London’ was my camera. So, I have been established a long time ago. But as things are coming, you begin to retreat for other people to have space. If you continue to stay there, then you are trying to eat into other people’s time.

Tell us about your next big project.

Please give us a hint about what it would be like?

It is going to be a blend of both international and local collaboration, just like ‘Osofia In London’. I know that you want me to give you more information, but this is a cliff-hanger, and we in the entertainment and drama industry like to leave cliff-hangers. When you get there, you will begin to anticipate, and that would arouse you and arouse people around you.

How Odunlade Adekola, Dayo Amusa, Others Stormed Premiere Of “Omoniyun”