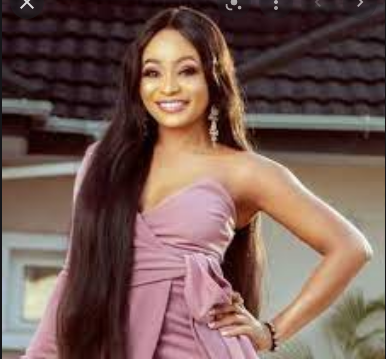 Reality star, Chris Adah, has revealed that she has been in bondage for 30 years.

The star of Ultimate Love revealed this in an Instagram post, adding that she became free after the person responsible died.

According to her, she was spiritually tied to a man and the charms started manifesting when she was 20 years old.

She claimed the person tied her down so she will never be married and that the day her husband who also took part in the reality show with her proposed, she got news that the person died that same day.

She wrote: “Things you cannot prove in court happen. Seen photos of people whose lives were placed on hold by a fellow human being flying around the net. People, these things happen but God shows up when it’s time. I was tied for 30 years, a charm that started manifesting as I turned 20.

She continued: “Never to be married, everywhere I go to even at malls I get stopped by seers who mention the same name of this so-called man to me but I never believed.

“The day my husband proposed to me was the same day I was called to be told that who I had been warned of passed on. These things happen, protect yourself spiritually with the greatest power. There is evil in the land.” 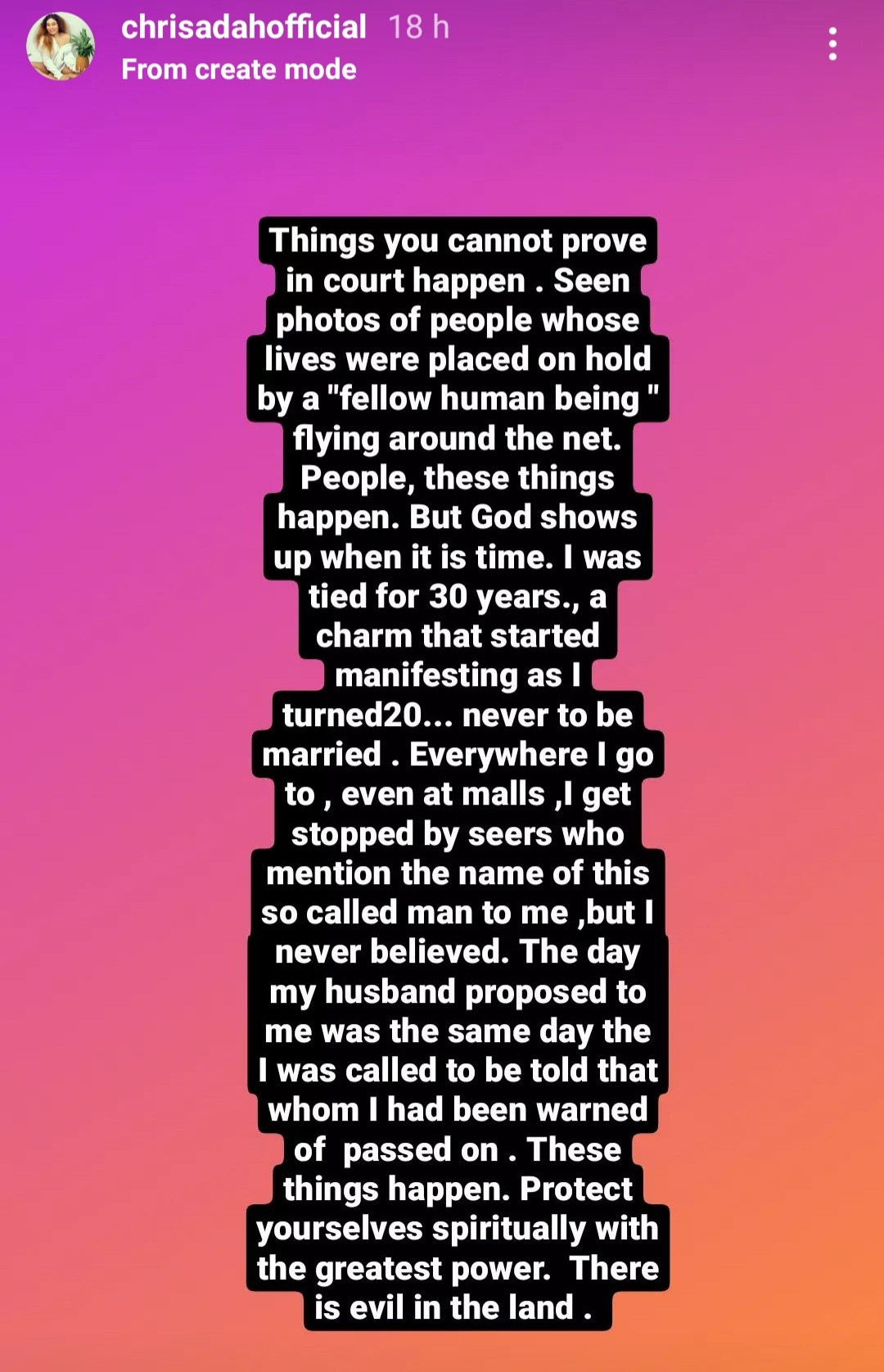