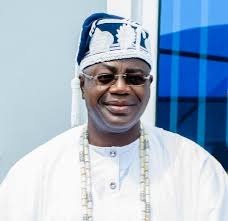 Indeed, a major feat in life deserves a carnival-like celebration.

One man who is an adherent of this analogy is the former Chairman of the Lagos State Inland Revenue Service (LIRS), Olufolarin Ogunsanwo.

Known for his many positive achievements, he recently added another feather to his proverbial cap, with the ascension of the throne of his forefathers as the 55th Alara of Ilara Kingdom, Epe, Lagos State.

The road to Oba Ogunsanwo emergence as a paramount ruler in Epe land followed the demise of His Royal Majesty, Oba Akeem Okunola Adesanya II, who died two years ago at the age of 74, after 58 years on the throne.

Guests in attendance were given a royal treatment, as there was a regular supply of choice food and exotic wines to push down the meal served.