A member of the cult group Black Axe cult group has revealed how he joined because of singer David Adeleke popular as Davido.

Tobi Adegoke, 25, was among 27 suspected cultists arrested from various parts of Lagos and paraded by Police Commissioner Imohimi Edgal on Wednesday, September 8. 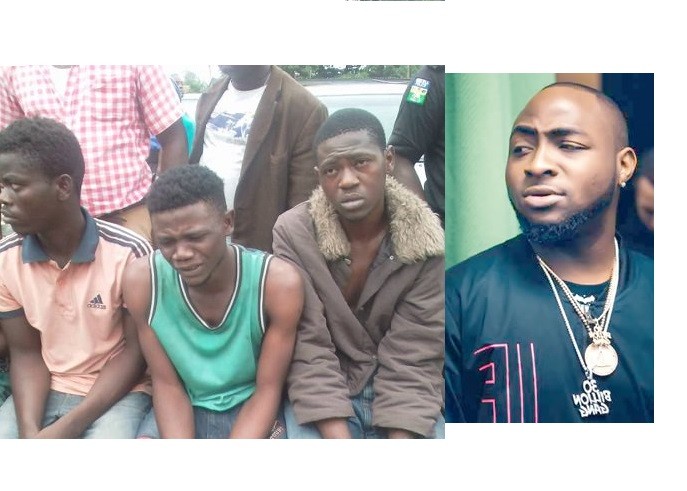 Speaking after being arrested, he said that he got lured into the group after he was promised he would meet music star, Davido.

An up and coming music artist, Adegoke believed meeting Davido who he alleged is a member of the cult group, would have helped in skyrocketing his music career.

“I am an Aiye member (Black Axe). I have been in the cult for about two years. I was told that Davido was a member and if I joined, I will be able to meet him.

“It was the guy who initiated me that said so. He said he worked for Davido and that it will be easy access. But since I joined, I have not met Davido. They told me I’ll become a very popular musician but see where I am now.

“I am renouncing my membership of Aiye. I will never belong to any cult again. They should look at my face very well. They will never see me in their midst again.

“I lived at Oniru in Lekki. I used to be a domestic help. Since I joined, I have not done anything bad. I have not killed anybody. I just wanted to be a famous musician,” he said.

Pray For Me, Djinee Beg Fans