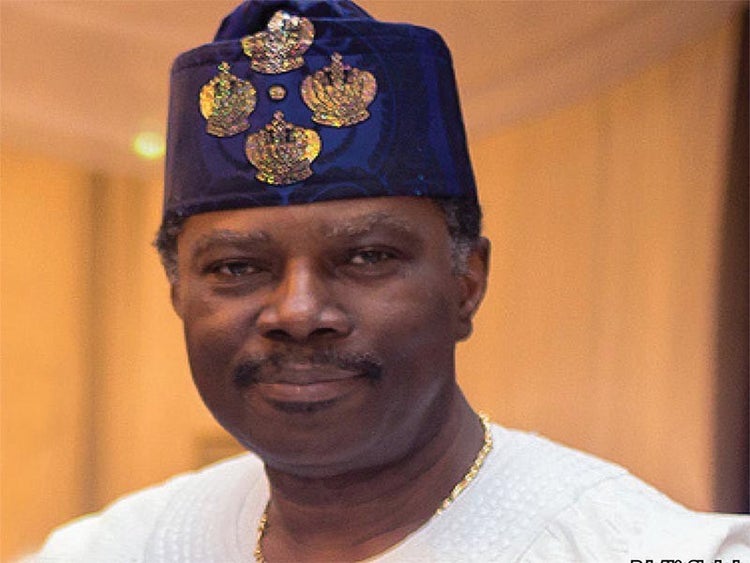 Men and women of taste will miss Bolu Akin-Olugbade, as he was one of the creme of the society.

Report reaching us revealed that the business tycoon died at the aged of 64, after a brief illness.

The Aare Ona Kakanfo of Owu Kingdom, is reported to have died on January 13, 2021, after giving up to complications believed to be associated with the novel COVID-19.

This information is according to sources close to the family.

Akin-Olugbade reportedly fell ill after returning from a wedding ceremony on December 26, 2020.

He was taken to Paelon Memorial Hospital, Ikeja, and was discharged last week.

However, he was again rushed  to one of the isolation centers in Lagos where he reportedly died.

A successful lawyer with a doctorate in Company Law from Cambridge University, he was a collector of the Rolls Royce brand.

His is survived by his wife Ladun, children and grandchildren.