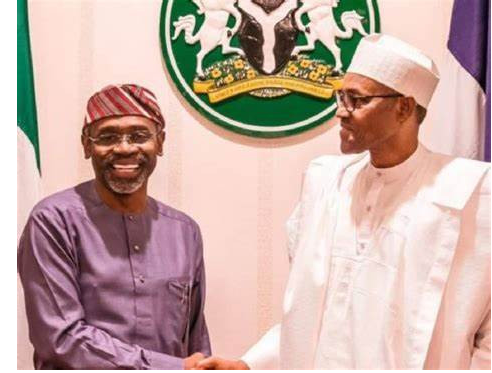 Speaker of the House of Representatives, Femi Gbajabiamila, met with President Muhammadu Buhari on Tuesday, October 4.

Gbajabiamila, met the president in the company of members of the lower house to submit its report after mediating the ongoing strike by Academic Staff Union of Universities (ASUU).

The speaker of the house of representatives told newsmen that the report contained recommendations reached after several engagements with members of ASUU.

Gbajabiamila who said Buhari has accepted the recommendations added that there is yet to be a final decision on the matter.

Another meeting with the president has been scheduled to hold on Thursday, October 6. He said;

“After a series of engagements with ASUU, the leadership came up with recommendations to the president for approval.

“They came to discuss with the president on the recommendations. The president had a good listening ear. He accepted the details of the report.

“We have another meeting on Thursday to take a final decision after he has digested the report.

“We are done with our meeting with ASUU. We are hopeful because we had a good engagement and he accepted the report and we clarified a few grey areas.”