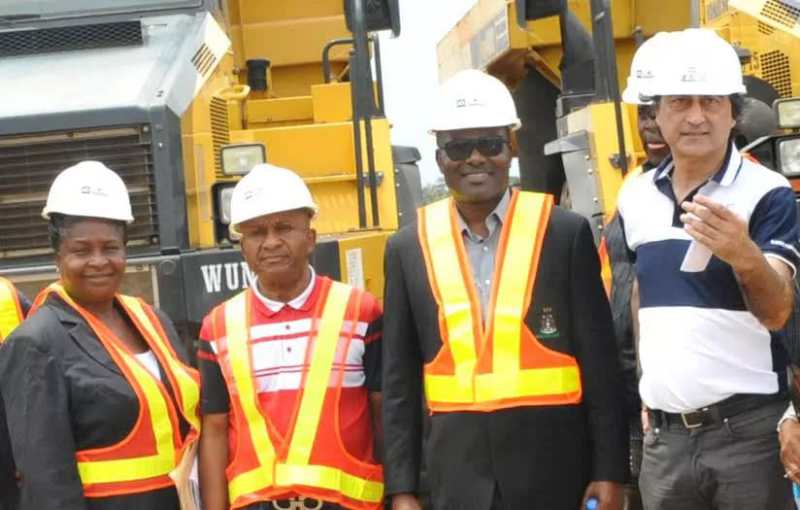 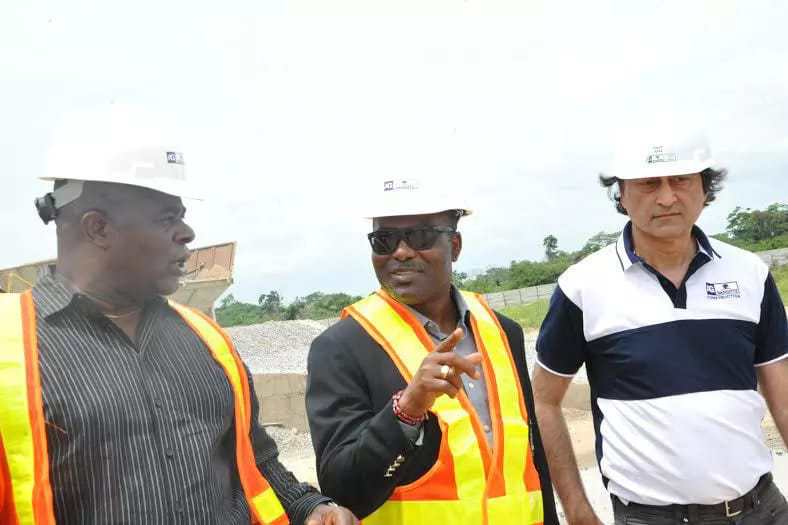 With Nigeria recording an economic loss of a staggering $1.5 billion (about N300 trillion) annually due to failed roads, a case has been made to the federal and state governments to consider the use of concrete paved road as a sustainable alternative to bituminous roads to save the nation the huge economic loss. 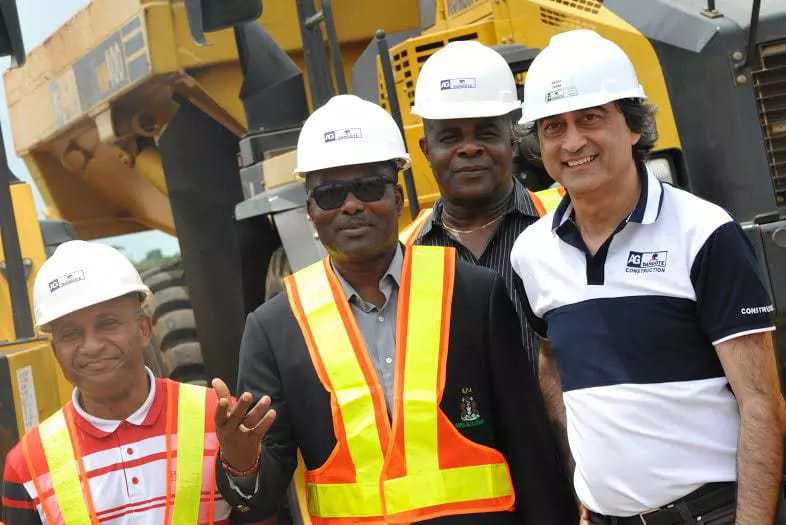 Also hope has risen for the fixing of the dilapidated Wharf-Apapa road in Lagos as stakeholders recommended the use of concrete pavement to rehabilitate the road.

The ray of hope was given by the combined delegation from the Federal ministry of Works, Power and Housing as well as the Nigerian Ports Authority (NPA) which was on inspection tour of a 25km Ibese-Itori concrete paved road in Yewa, Ogun state, constructed by the AG Dangote Construction Nigeria Limited, at the weekend.

The officials said they have observed that the concrete roads are more durable than bituminous ones.

Leader of the delegation, Chief Mike Ajayi, the General Manager Western Ports,  said with what they have seen, the concrete roads would be a viable alternative for Nigeria, in terms of quality and durability and against the background of the incessant failure of bituminous roads.

“I will strongly recommend to states to adopt paved concrete for road construction because of the strength of concrete pavement and durability. This will save the nation huge resources deployed to unending rehabilitation of roads.

“Particularly when you observed that Southern Nigeria has soft top soil and with heavy rain year in, year out, the solution to the longetivity of our roads lies in the adoption of concrete pavement. We have to give it a trial because it also takes a shorter time to construct.”, Chief Ajayi stated.

Commenting after the inspection of the equipment of AG Dangote Construction Limited at the Company site in Ibese, the delegation expressed surprise at the quality and number of equipment on ground, lauding the financial ability of the Company to have acquired new state of the earth equipment.

Chief Ajayi said his delegation would recommend the concrete paved road for Wharf -Apapa road, which has been a source of worry and economic waste to the people and government over the years as a sustainable means of fixing the road once and for all.

According to him “going by the equipment we saw and the technical staff on ground, I am more than convinced that the construction of Wharf –Apapa road if constructed with the concrete pavement will last for a very long time when maintained regularly.

“And this will improve the fortunes of the individual port users and companies doing businesses there and all those living in the corridors of Apapa who have been suffering for long due to the road collapse.”

Earlier, the Chief Executive Officer of AG Dangote Construction Limited, Ashif Juma had told the delegation that his Company had constructed the hitherto deplorable 25km long Ibese-Itori road, as a Corporate Social Responsibility project and as a test of his company can do and which can be replicated in other states, as a solution to the incessant failure of bituminous roads.

He explained that the road was constructed at a record time of 150 days with all the materials tested and certified by the Lagos State Material Testing Laboratory.

“Concrete roads are durable and safe. Less prone to wear and tear and low maintenance requirements is one of the principal advantages of concrete roads.”

He urged for a new policy that will accommodate the use of concrete for roads in the light of the defects of bituminous road and its attendant strain on the nation’s lean economy.

It would be recalled that Engineers at the last Nigeria Society of Engineering (NSE) Conference held in Akure, Ondo state had also signed up for the use of concrete road as a sure way of fixing Nigerians roads to last for a long time.

They had cited many Nigerian bituminous roads that have given way sooner than they were constructed as opposed to the concrete roads in the USA and India which have been constructed over 80 years ago and still smooth.