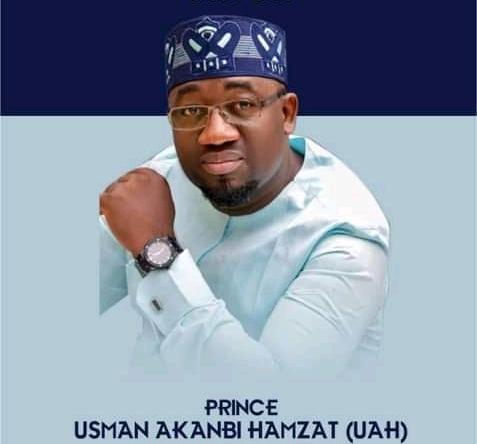 From all indications, it is very glaring that Ifako-Ijaiye local government is getting it right after a very long period of time.
It is very pertinent to note that Hon. Adewale Temitope Adedeji (ATA) has been the pilot to the reorientation of the people, which has, in turn, broadened their horizons, ,.

It is also worthy to state here that Hon. Temitope has proven beyond all reasonable doubt that truly if our politicians are committed, the people will definitely benefit.

This has shown in his activities and affiliations with those that matter at the helms of affairs in the state just to bring monumental development to Ifako Ijaiye local government and change the narratives.

The presentation of Hon. Usman Akanbi Hamzat to represent the All Progressives Party (APC) as the chairmanship aspirant in the forthcoming local government election has witnessed an overwhelming support from all the groups that make up APC in Ifako-Ijaiye.

Being supported also by a member of the Lagos State House of Assembly representing Ifako-Ijaiye 02, Hon. Rasheed Makinde Lanre, who, in turn, is the leader of Makinde Formidables, a group that has over a thousand youths in all the nooks and cranny of the local government, is commendable and convincing that UAH is the man of the people.

Also, a former member of the Lagos State House of Assembly, Hon Dayo Saka Fafunmi, the leader of the Omoluabi Group, Hon. Kayode Aremo, and other notable leaders have thrown their weight behind the same aspirant. Now, even a fool will be convinced that Hon. Usman Akanbi Hamzat is the man of the people.

To say the least, Hon. Usman Akanbi Hamzat is an excellent aspirant who has the will to take the party to greater heights and bring succour to the people of his communities. He was an acting chairman for just 81 days sometime ago and he performed excellently. This can be testified to by the people of the communities.

He facilitated five roads within this period, supported artisans, had monetary support for people irrespective of their tribe or any other supposed consideration, approved the purchase of vehicles to councilors and other political office holders and heads of departments, brought smiles to the faces of the staff and, in total, changed the face of the council.

This, in no doubt, has placed Hon. Usman Akanbi Hamzat above every other aspirant and, if given a full support to become the Chairman of Ifako Ijaiye Local Government, sincerely, no one will regret but be grateful.