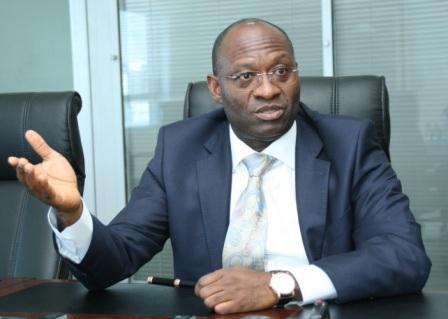 Heritage Bank Plc, Nigeria’s most innovative banking service provider, has said it would continue to partner with MultiChoice Nigeria Limited, owners of the DSTV and GOTV brands to bring the Big Brother Nigeria reality TV show to viewers across Africa and beyond.

Mr. Fela Ibidapo, Group Head, Corporate Communications of Heritage Bank disclosed this at the grand finale of the BBNaija which held over the weekend.

According to him, “we will continue to partner with Multichoice on the project because we believe in entertainment, adding that they are also interested in working with the Ex-housemates to finance Small and Medium Scale Enterprises (SMEs) for them if they could come up with a business plan.”

The third season of the reality TV show tagged: Double Wahala ended on Sunday with Miracle Igbekwe, a pilot and model winning the grand prize of N45 million out of five finalists that competed for coveted prize at the finale. The others are Cee-C, Tobi, Alex and Nina Chinoso.

The grand prize is made up of cash reward of N25 million, an SUV Jeep valued N12 million, N4.7 million to travel to international destination of choice and N3.3 million for the purchase of a complete home entertainment system.

Besides winning the grand prize, Miracle had earlier emerged winner of the season’s Payporte arena games challenge with a prize of N1 million, Pepsi Challenge N1 million and N200,000 wager allowance after picking the box tagged number two which contained the prize money.

The show started on last January 28 with 20 housemates with four of them debuting in a reality show for the first time in their lives. This was an increase over 12 that participated in the season two edition.

The new comers are Nina Chinoso 21 years- old, Vanessa Williams aka Vandora from Edo State, Teddy A 29 and Kelvin Burle aka K-Brule 23 years-old.

In the season two of the show, besides providing financial assistance to the BB Naija contenders, Heritage Bank helped them with business and advisory support services for between six to nine months.
This support helped to chart a veritable course and equip the Ex-housemates with the necessary tools to make informed business choices during their individuals’ careers.
In a bid to bring additional value to Nigerian culture, Heritage Bank also ensures that in partnering with the housemates, they take positive steps towards creating, preserving and transferring wealth to Nigerians.

Big Brother Nigeria was designed by its creators to attract controversies and create agenda for social discussions.