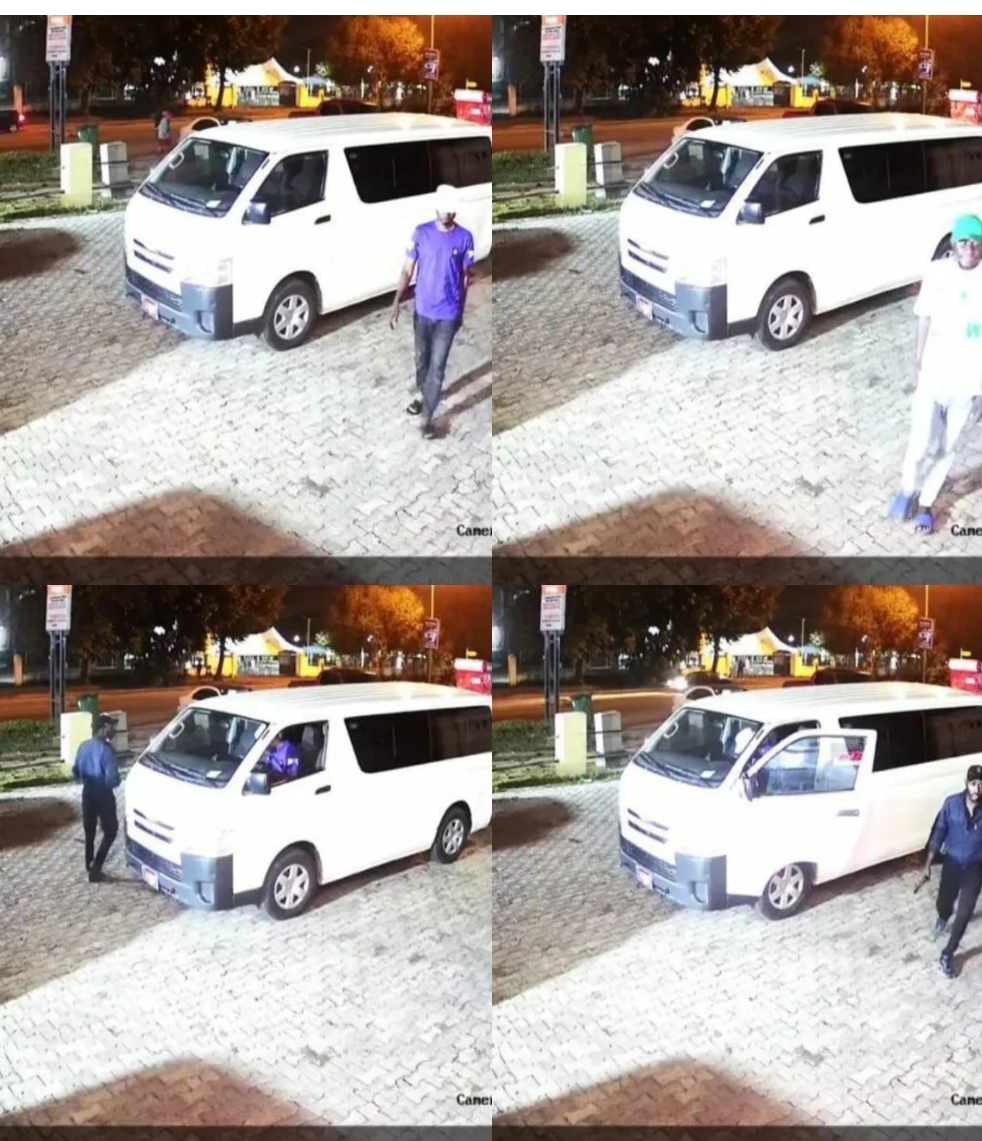 The gunmen numbering about seven carted away items such as money, phones, rings, airpords, car keys and others.

According to a journalist, Luciano who shared the story online, his friend was among those that witnessed the robbery.

Posting a CCTV footage that captured the moment the robbers entered the pharmacy, Luciano wrote;

“This happened to my friend @iammex_official

“Yestersay the 30th of September at about 9:30pm, Armed gang of about six or seven persons entered a store in Abuja (Jekor Pharmacy, beside Regent School, opposite Yoruba mosque) and ordered everyone to corporate and lie down else they will be shot.

“They made away with valuable items such as money, phones, smart watches, gold chains and rings, airpods, car keys, and other belongings.

“They fled the scene in a white hiace bus, with a purple diplomatic licence plates) which they snatched from one of the customers at the store.

“The matter has however been reported to the Maitama police station and currently undergoing investigation.

“Please keep your eyes open ooo, the FCT is not safe anymore.

“Please see photos and reach out to the nearest police station if you identify any of them.

“The full CCTV footage is available for the police.”