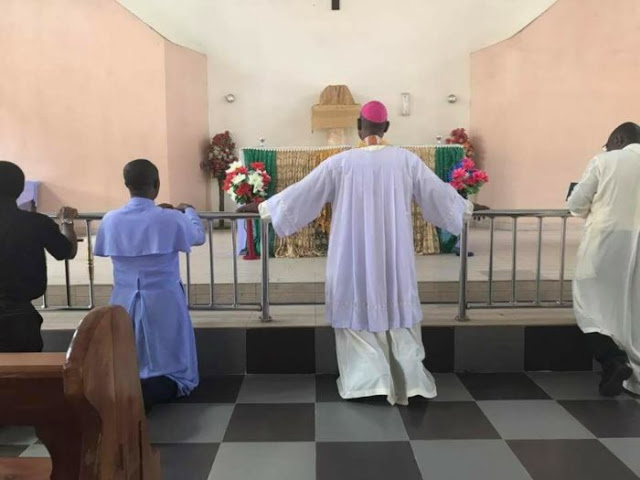 Unknown gunmen on Friday, November 27 shot and killed a cleric in Ekiti State.

The deceased, a presiding pastor of Solution Baptist Church Ikere-Ekiti was killed on the highway by gunmen suspected to be kidnappers around 5: pm when he was returning to Ikere-Ekiti after an official assignment in neighbouring Osun State.

A source was quoted as saying that: “The man was returning from Osun State on Thursday and decided to make use of the Igbara-Odo route to Ikere-Ekiti when he was ambushed and shot dead by gunmen in the evening.

“After series of calls to his phone numbers with no response, members of the church decided to start searching for him and he was found dead on Friday evening in his car along the road close to the University of Education and Technology in Ikere-Ekiti.”

The source explained that the incident was reported at the Igbara-Odo police station before his corpse was evacuated to the morgue. Confirming the killing, the president of Ekiti Baptist church, Reverend Adeyinka Aribasoye said the deceased had traveled to see his mother at Ipetu Ijesa in Osun State and was returning from the journey when the incident occurred.