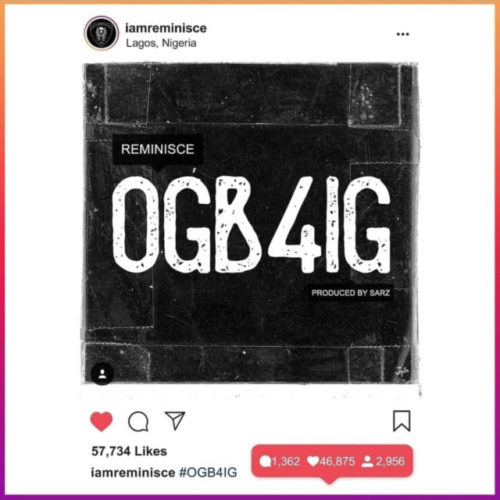 Indigenous rapper, Reminisce, has dropped his third single of the current year.

The hit is titled ‘OGB4IG’ and it follows other earlier released songs including ‘Oja’ and Jensimi which features Niniola.

OGB4IG is produced by Sarz and comes with the typical Reminisce street flavour which the rap star and lyrical Alaga Ibile has become known for over the years.

Why Chris Brown Wants To Be Among My Groomsmen-Davido