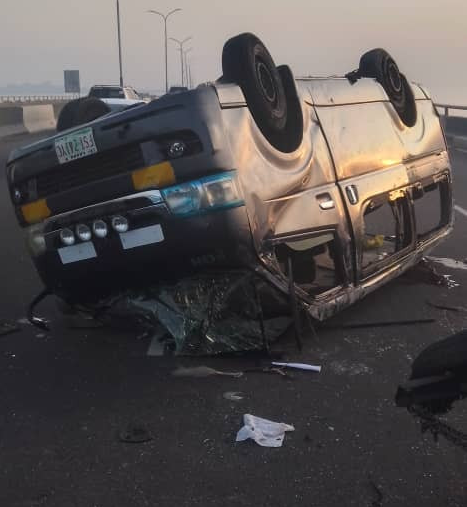 At least four female passengers of a commercial bus have died in a fatal accident that happened on Third Mainland Bridge in Lagos.

The crash which occurred in the early hours of Sunday, May 1, also saw other passengers of the vehicle sustaining varying degrees of injury.

The Lagos State Sector of the Federal Road Safety Corps confirmed the incident in a statement signed by the Route Commander, Olabisi Shonusi.

“The crash occured on Sunday 1st May, 2022 at about 0550hrs when a Toyota Hiace with registration number FST 241 YC grey coming from Adekunle inter-change inward Iyana-oworo had a tyre burst on top speed and capsized with 20 occupants (9 Male, 11 female).

“5 of the occupants sustained injuries, while 3 female adults were confirmed dead at the spot. The additional one female died at the Hospital when the FRSC team went for follow-up at General Hospital, Marina.”

“All first responders at the scene comprising FRSC, the Nigeria Police, LASTMA and LASEMA Rescue Unit rescued the injured victims, and the corpses were taken to General Hospital Marina,” the statement added. 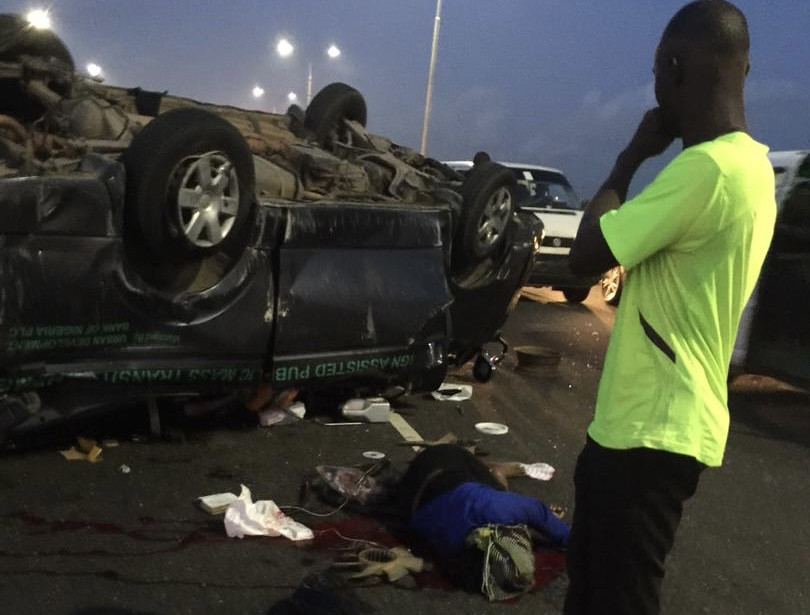 We Will End Battle Against Terrorists Soon-Buhari