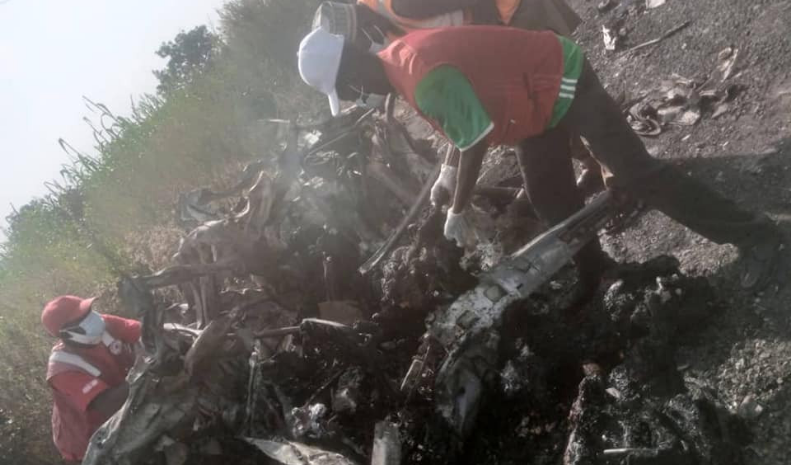 At least four people have been reported dead following their involvement in an accident involving a commercial bus.

Report emerging has it that the accident took place at the Fidiwo area of the Lagos-Ibadan expressway, Ogun State.

The accident happened after one of the bus’ tyres got bad causing it to somersault and eventually catching fire.

Confirming the incident, Florence Okpe, spokesperson of Ogun State Command of the Federal Road Safety Corps said the crash occurred at about 2:25pm on Tuesday, April 26, around Ogunmakin.

Furthermore, Okpe disclosed that the dead victims were “burnt beyond recognition”.

“The suspected causes of the crash were speed, tyre burst, and loss of control. The vehicle somersaulted and went into flame.

“The injured victims were taken to Victory Hospital, Ogere, and some to Idera Hospital, Sagamu”