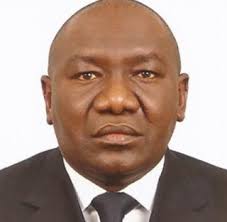 No matter how bad the tide is, it can change for the better. This explains the saying no condition is permanent.

Presently, no person understands this position like Benny Peters, boss of Aiteo Group.

Once described a fugitive by the Economic and Financial Crimes Commission (EFCC), the man couldn’t enter his motherland, as he was a wanted man.

With the government of President Muhammadu Buhari in power, the fugitive soon became the darling of many, as his company became more powerful and influential in the oil and gas industry.

Today, Peters, is a reference point in the oil and gas sector having been recently honoured by Forbes as Africa’s Oil and Gas Leader of the year.

The colourful presentation ceremony which held at Forbes Headquarters in New York saw Peters grinning from ear to ear, as he received his award in company of a couple of family members and friends.