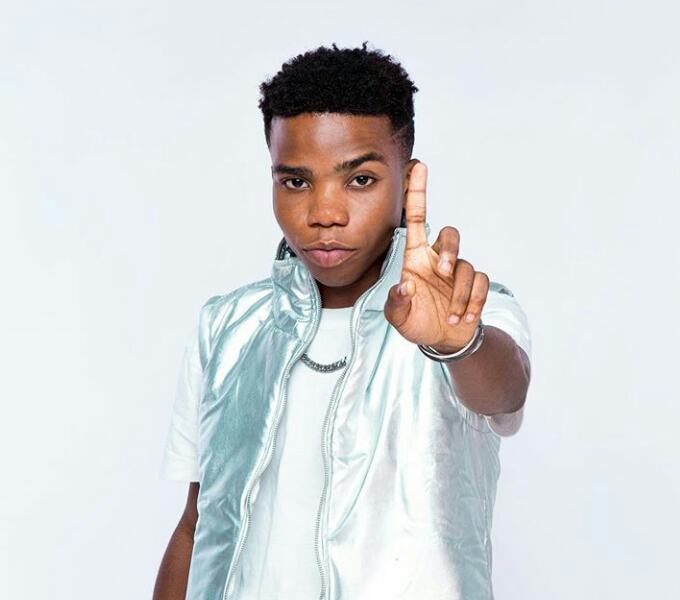 Opeyemi Babatunde Rahim, a former YBNL rapper has been dragged by his baby mama, Kemi Ayorinde.

Ayorinde took to social media specifically her Instagram Stories to claim that Lyta doesn’t contribute financially to the upkeep of their son.

Initially, she wrote a letter to her future husband and used the opportunity to drag Lyta into it. 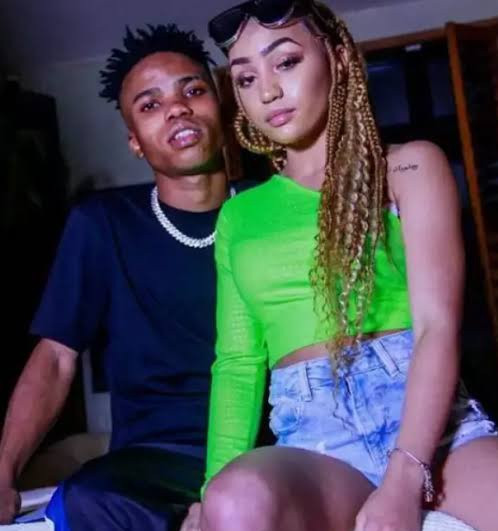 According to her, Lyta couldn’t afford thirteen thousand Naira, the cost of balloons for their son’s upcoming birthday. She went further to say that she only asked for the money so that he could feel involved in his child’s life in the littlest way, but the rapper couldn’t pay.

She also added that she’s been the one spending since she was pregnant to the point that she went through a “financial breakdown”, adding that she is now stable financially.

The fair-complexioned lady also stated that she will never date a broke man again because in most of her relationships, she’s been the “money maker”. 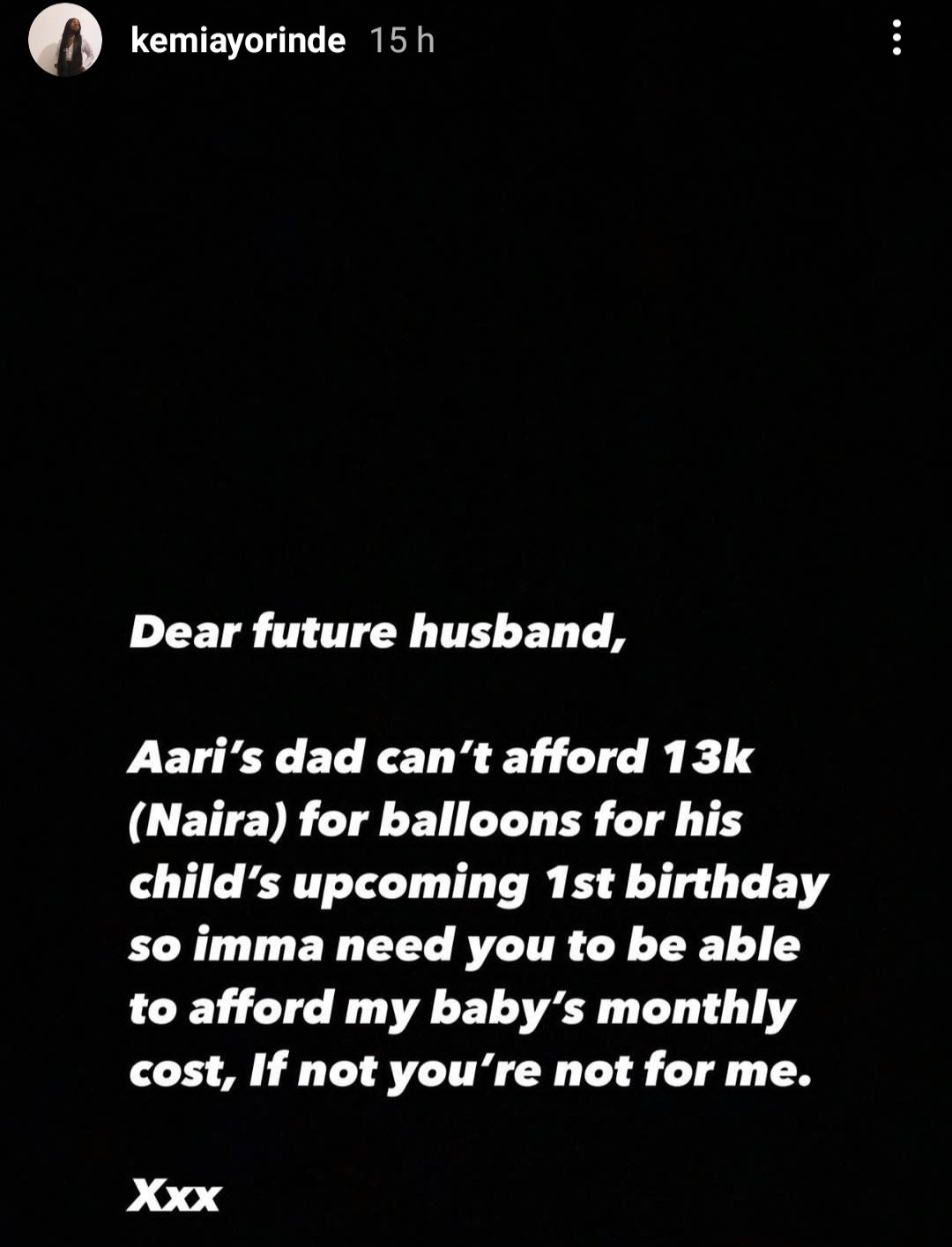 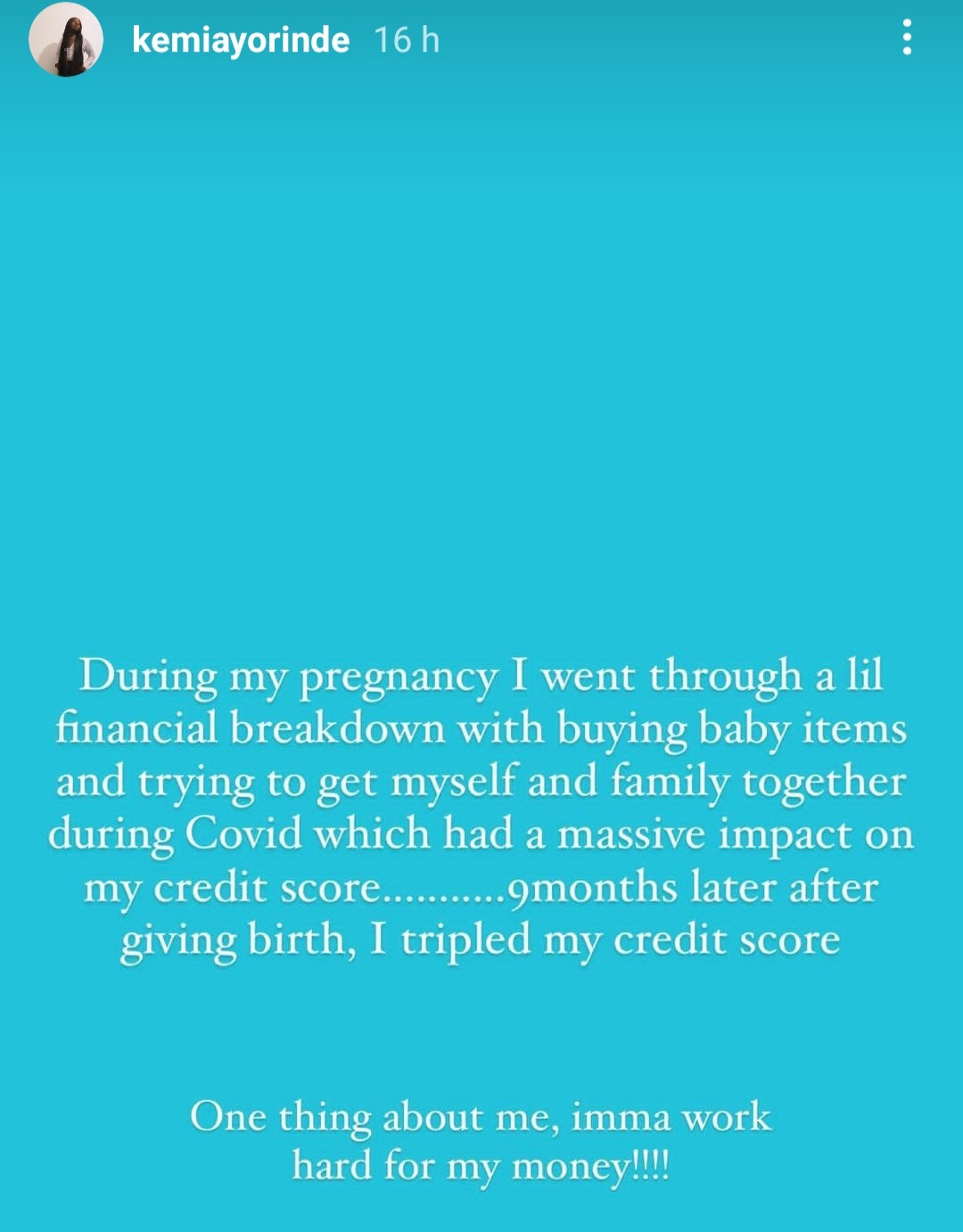 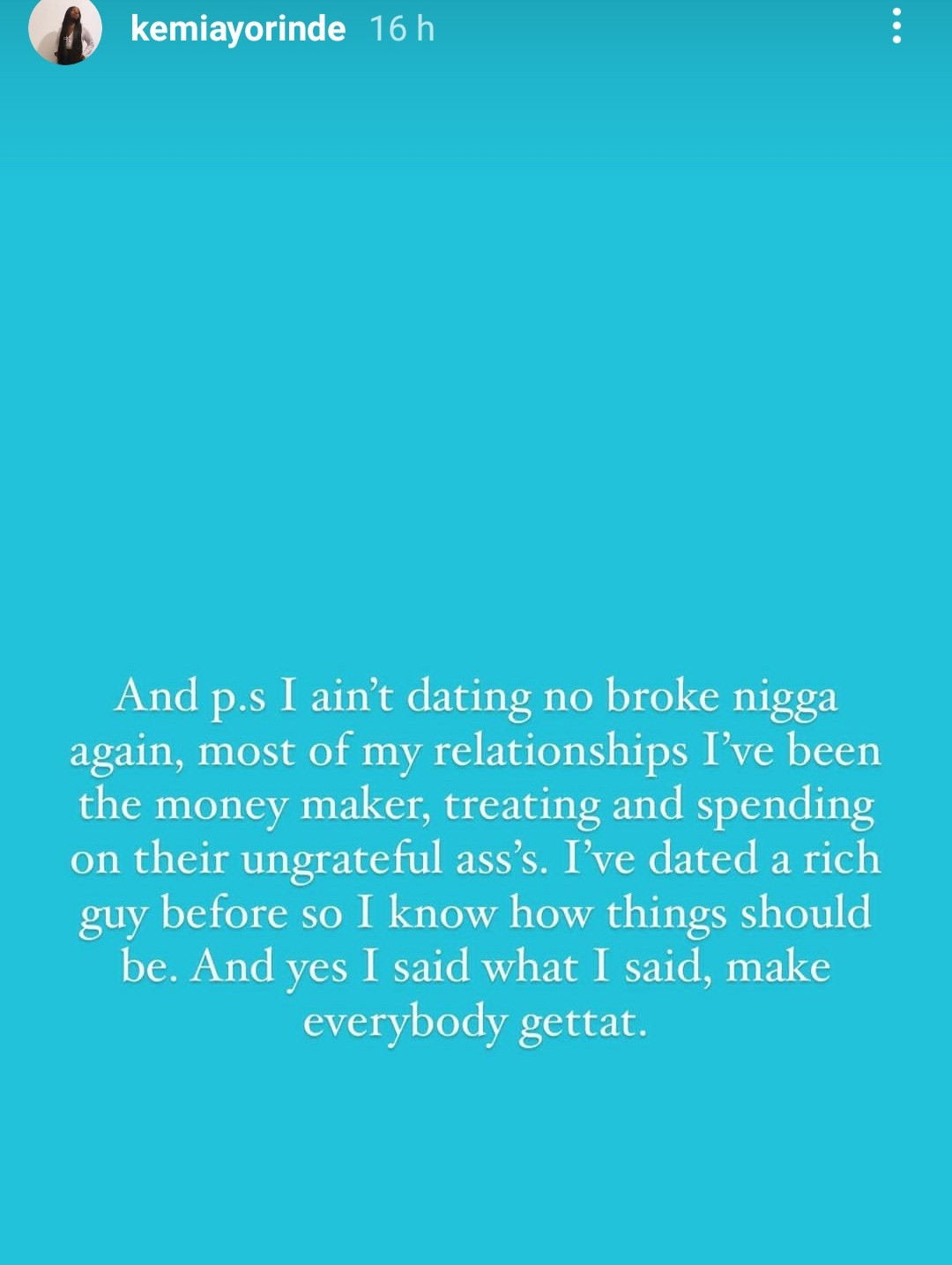 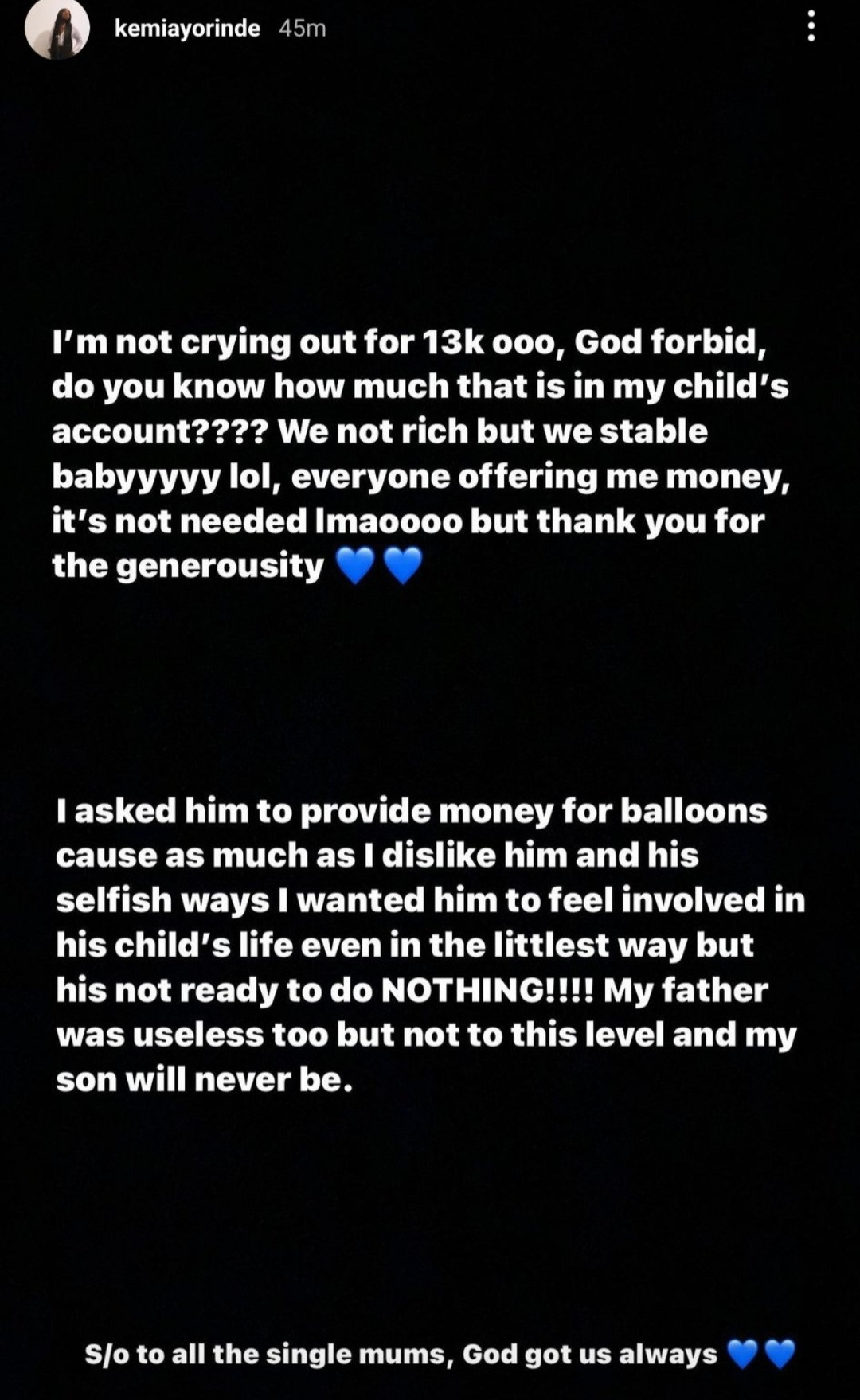 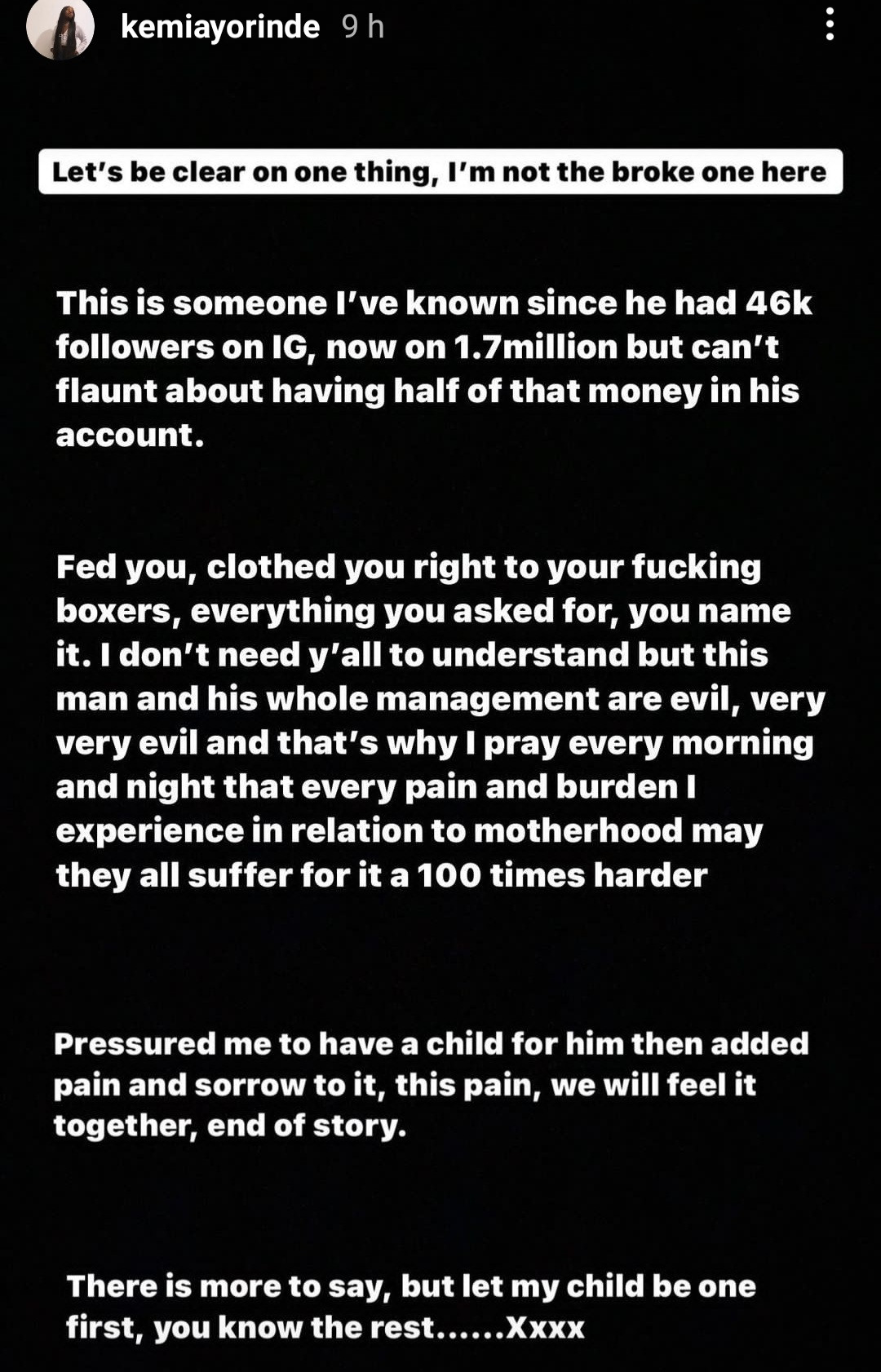 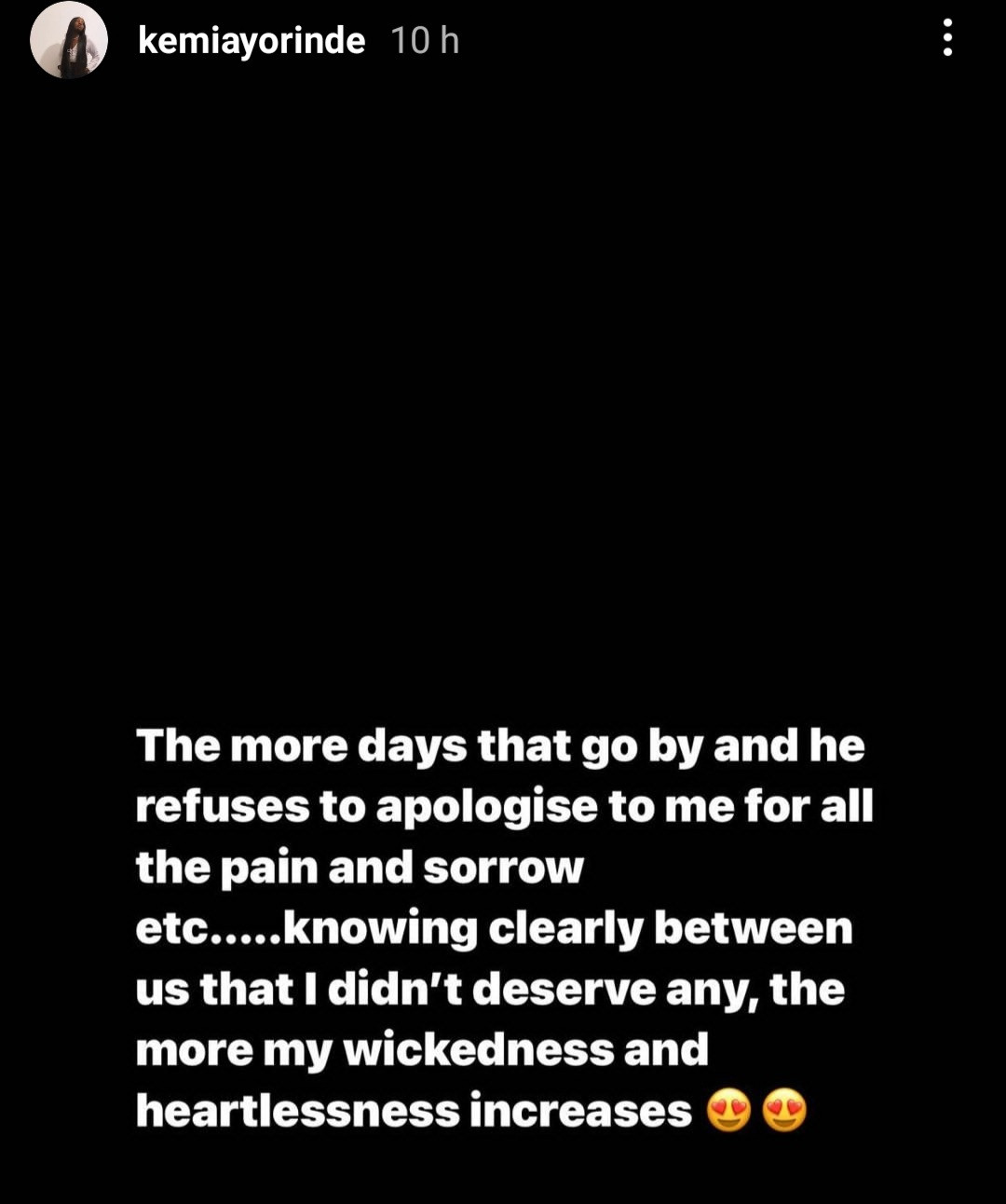 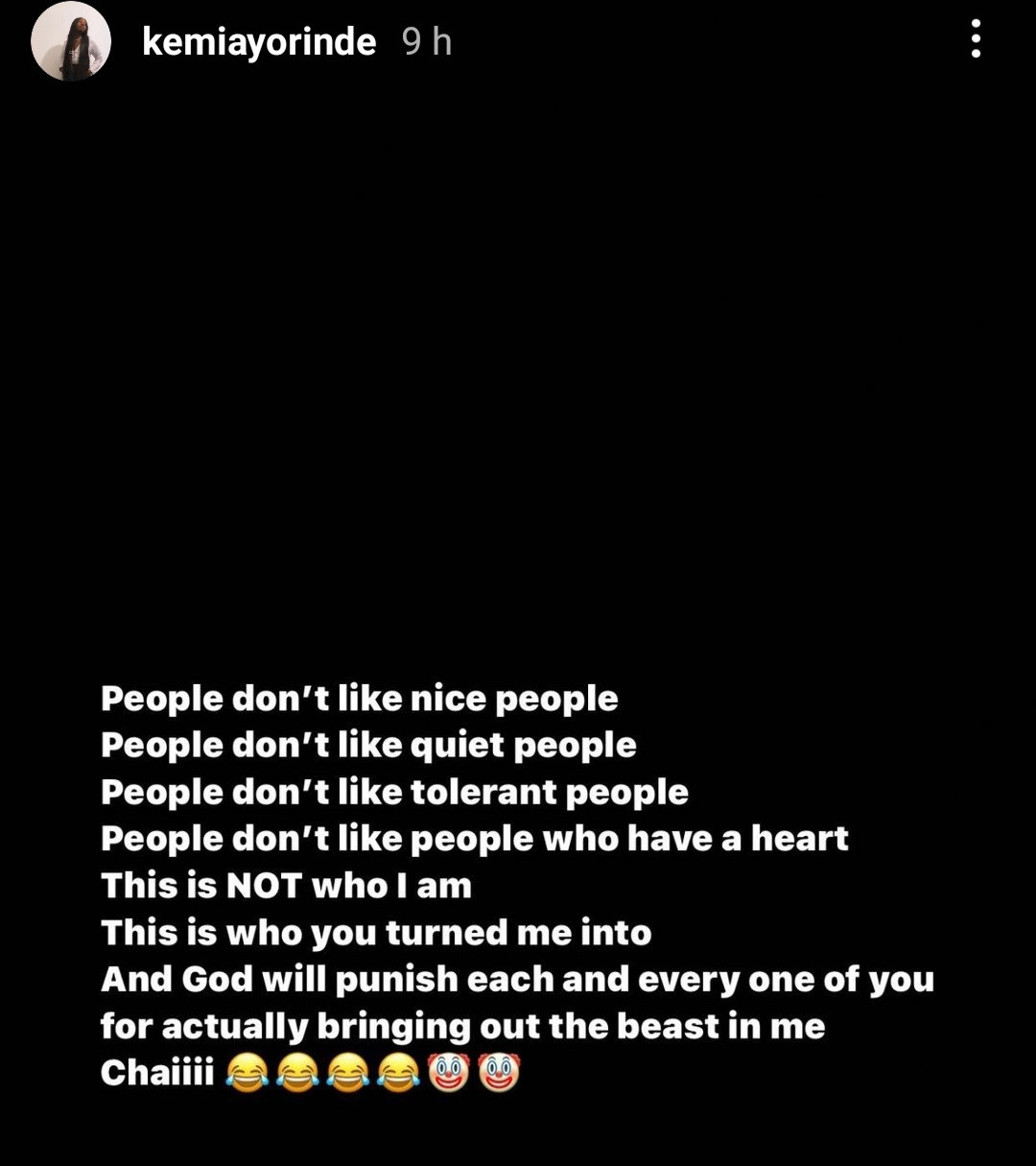 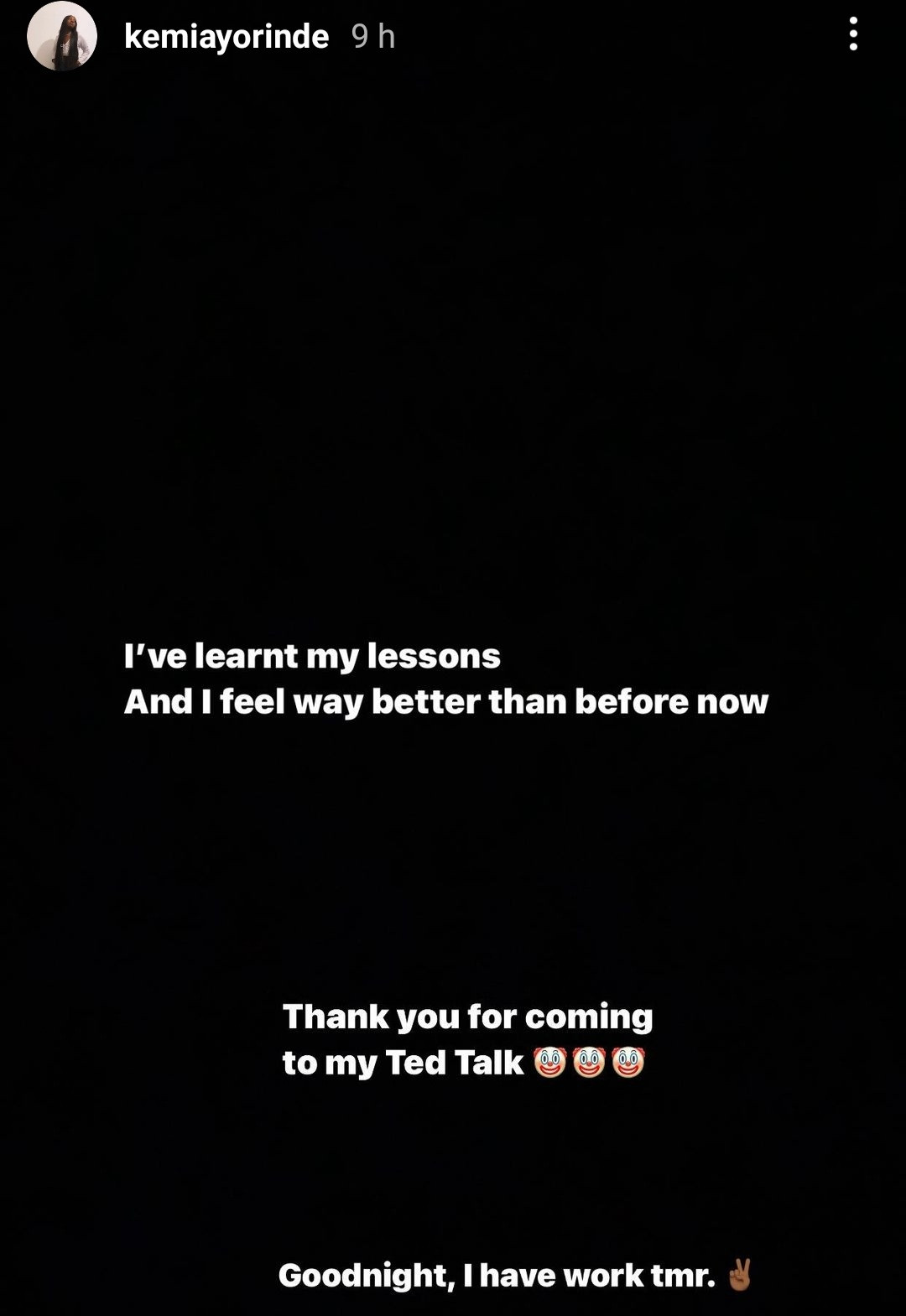 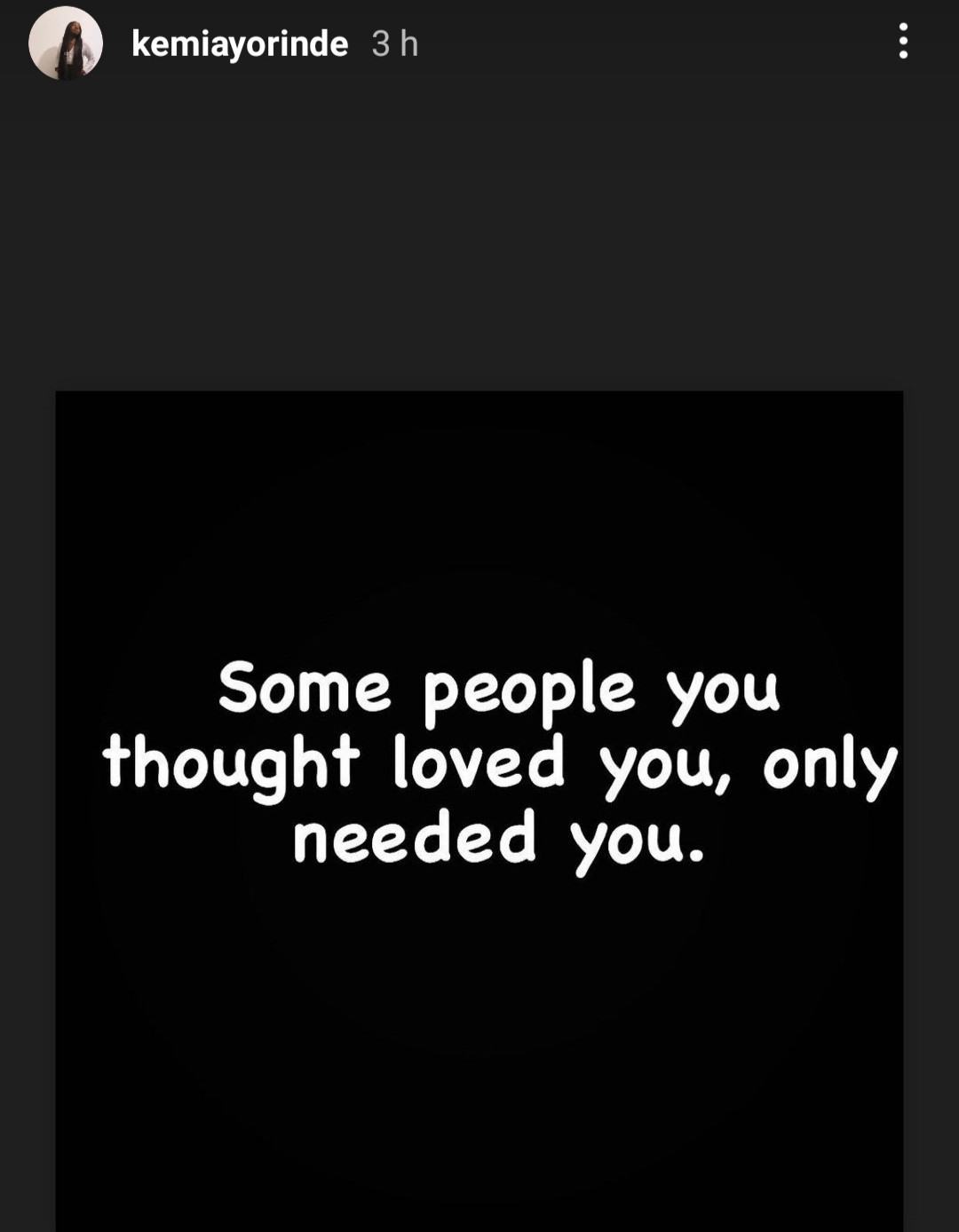 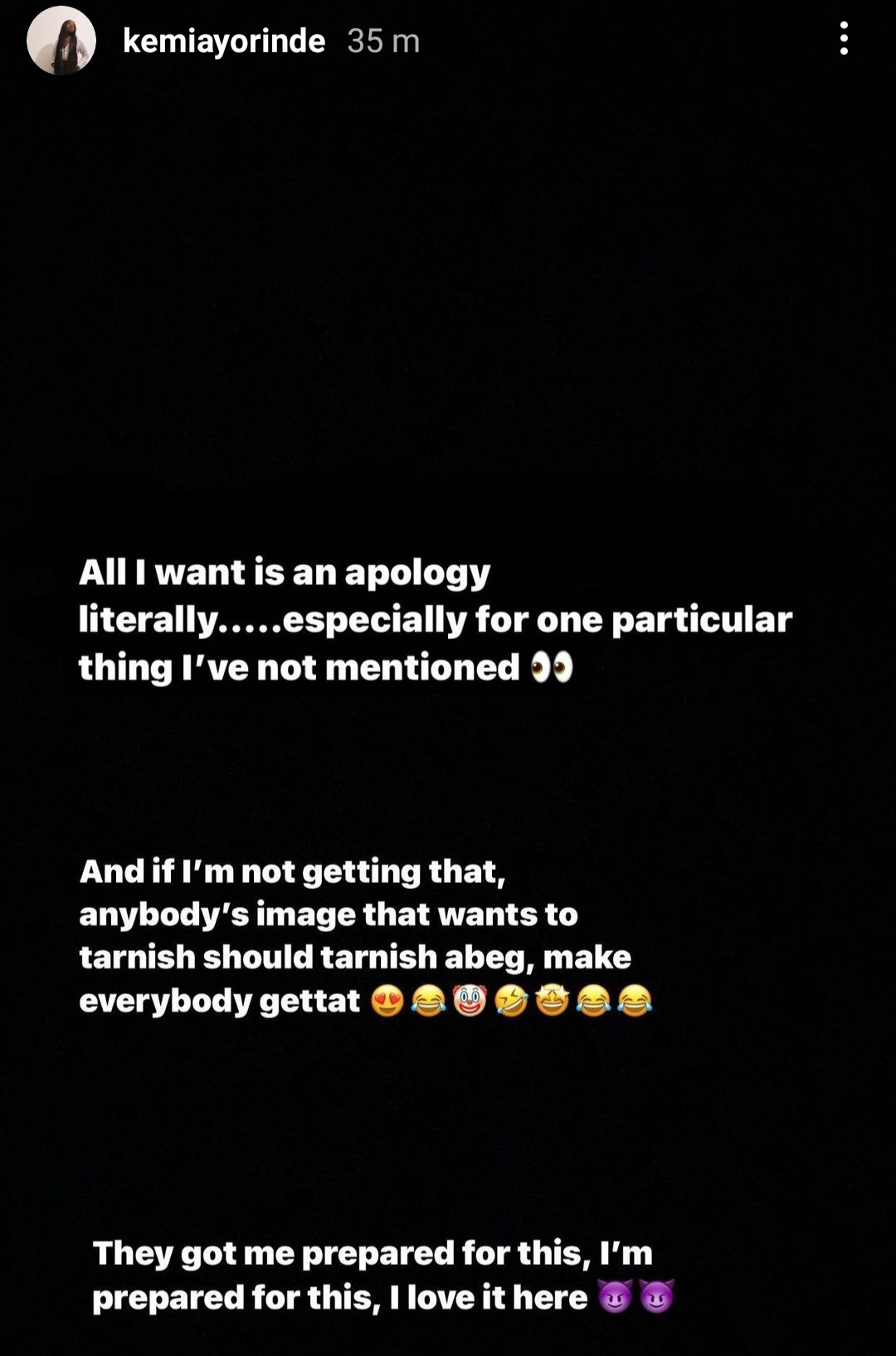