*Describes Amaechi as a Moving Train

Chief Eze Chukwuemeka Eze erstwhile nPDP Spokesperson, APC Chieftain and  an ally of Rt. Hon. Chibuike Rotimi Amaechi the Minister of Transportation  describes the successful concluded Convention of All Progressives Congress (APC) as the formal death knell for Peoples Democratic Party (PDP) as the envisgsed implosion of the party was not actualised.

He commended the Senate President, Abubakar Bukola Saraki, the Speaker of the House of Representatives, Yakubu Dogara and other defunct New Peoples Democratic Party (nPDP) leaders for not only attending the historical convention but keeping faith with the principles that made us to join this progressives Train positioned to take Nigeria to the promise land.  The fact remains that anything less than APC speaks doom for any of us leaving the party to rejoin a party that have caused a lot of harm to our nation no matter the amount of enticement Chief Eze maintained.

Chief Eze in the press statement he signed and circulated on Monday further described the peaceful conduct of the convention and the calibre of leaders elected to pilot the affairs of the party as the beginning of the actualisation of the vision of the founding fathers of Nigeria. He pleaded with Nigerians to keep faith with the party seeing the efforts of President Buhari to sort out some of the challenges currently facing us as a nation.

He commended Chief John Odigie Oyegun the immediate past National Chairman of APC for putting the party on a sound footing which Comrade Adams Oshimhole will build upon.

According to him: “With the experience, sagacity, greatness and managerial ability acquired by this visionary and erudite leader both during his days as President of the Nigerian Labour Congress (NLC) and two term Governor of Edo State and most importantly for retiring permanently from politics one of the most colourful politicians in Nigeria Mr Fix It, High Chief Tony Anenih, I am convinced that APC current control of 24 States will be expanded to at least to 30 States come 2019.”

He expressed appreciation to all the party leaders who worked assiduously to ensure the success of the convention, thereby making the envisaged implosion of the party after the Convention a mere conjecture of haters of the enviable future Nigerians are set to enjoy with extra four years of the Presidency of President Muhammadu Buhari.

Chief Eze described Rt Hon Chibuike Rotimi Amaechi as his bosom friend, associate, leader and brother and with the turn up of events as regards the convention, Amaechi has proved that he is truly a moving Train and the Commander General of APC in the old Eastern Nigeria.

Continuing he said: “With the failed attempt by Senator Magnus Ngei Abe representing the South East Senatorial Zone collaborating with Governor Wike to stop Rivers APC from presenting elected delegates during the concluded National Convention of APC coupled with the fact that Abe and others have to collect their Delegates’ tags from Hon. Ojukaye Flag-Amachree the authentic Rivers State Chairman simply demonstrates that Amaechi is in not only in control of both the Rivers State APC structure but the structures of the party in other States in the South – South and South East that don’t have APC Governors.”

Chief Eze went further to state that in case the above scenario doesn’t make any sense to his good friend Senator Abe, the fact that Dr. Victor T. Giadom an ally of Amaechi floored Dr Mike Nwilagi whom Senator  Magnus Abe fielded to become the National Deputy Secretary of APC and Hon. Dave Okumgba flooring Hon. Stephen Ezekwem former Speaker of the Rivers State House of Assembly another of Abe’s candidate to become the South South Secretary of the party it  becomes very glaring to every watcher of Rivers State politics that Amaechi has  proved that he is not only the Lion of Niger Delta politics but has become the undisputable leader of APC in both South -South and South East.

With these facts, I appeal to my friend, Senator Abe to rescind further attempts to escalate whatever is the dispute between him and his true brother, Rt. Hon. Chibuike Rotimi Amaechi and bury the thought of thinking that Wike can offer him any leverage so far the Rivers State politics is concerned knowing the number of Rivers State heavy weight politicians that Wike have reduced to Lilliputian and inconsequential personalities and assembled them into his cathedral of Personal Assistants.

He noted that: “Abe is one of our brightest politicians from Rivers State and to allow Wike to lure him into this cathedral will be calamitous for us all so I implore him to get back his politics back on track and stop any further attempt that will allihinate him politically in Rivers State.”

“We all know that the major goal of Gov Wike at the moment is how to destroy APC and cause her not to present a gubernatorial candidate come 2019 but to use one of our briggtest sons to achieve this sinister mission to get him to stay in the Brick House for another four years will be a disaster and must be prevented no matter the odds” Chief Eze declared.

In conclusion, Chief Eze appealed to President Muhammadu Buhari to act on this statement by the national leader of APC, Asiwaju Bola Tinubu as a matter of urgency to enable us collectively achieve our common vision for Nigeria  – “Before closing, I must mention something of high concern. Our progressive agenda has been hampered because elements of the PDP remain embedded in the many agencies and ministries so crucial to daily governance. They have been as a fifth column, undermining our policies at every turn. While impeding reform, they also plot the comeback of their reactionary brethren to power. This is something we should no longer abide. Our party teems with competent, reform-minded people who would perform admirably in these positions. It is time to sweep out the PDP remnants and put in position people, who actually care about the people.” 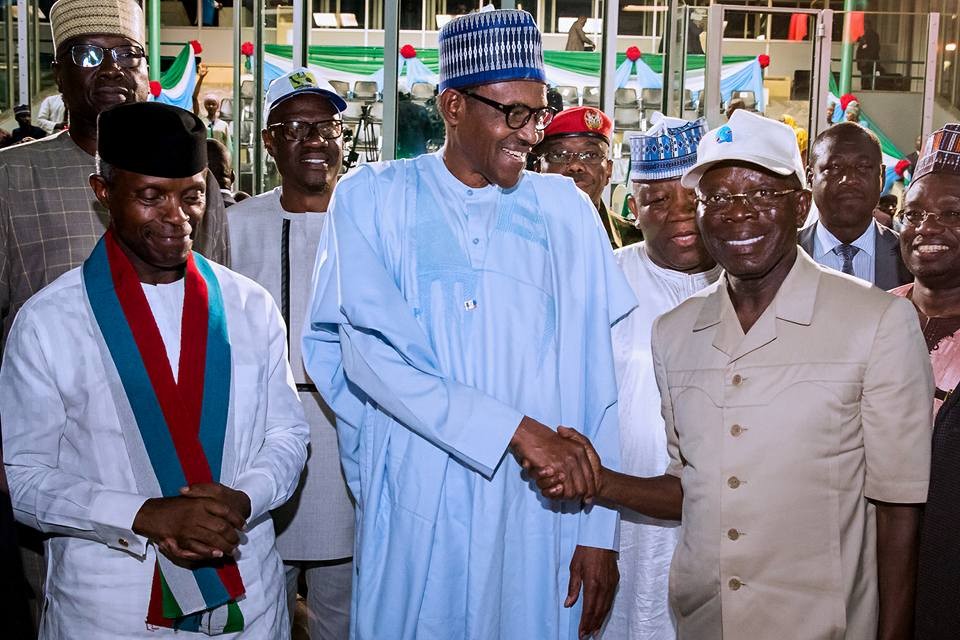 History will be fair to you as a core democrat, Atiku tells Jonathan