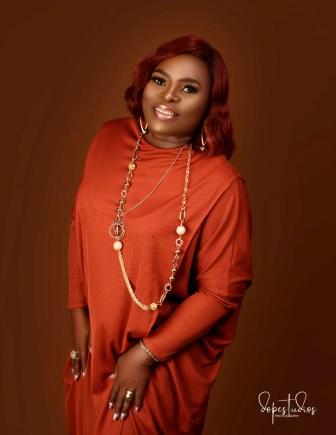 Modupe Oyeneyin is a gospel artiste who goes by the moniker Dupsy. An artiste with four albums to her credit, she has also achieved immensely in other areas of music including her annual music concert, Foretaste. In this interview with Lukmon Akintola, she talks about her music career and the 6th edition of her concert.

Tell us about your music career, how did it start?

Growing up, we typically sang hymns morning and night during prayer times. But taking music professionally if I may use that word came as a result of me giving my life to Christ. A lot of people ask me how I can combine both. My work is helping my music and my music is helping my work. It was a divine call. I don’t take my music as entertainment, I take it as a ministry, I take it as a tool to reach people and that is the offshoot of the concert that I organise annually by the grace of God, the Foretaste Concert. 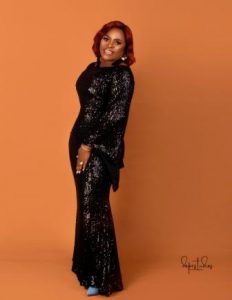 The moniker Dupsy came from your name, right?

Supply Chain and gospel music is not a popular combination, how did yours happen?

There are two sides to me, but they complement each other. Do I see myself singing full time? Maybe in the future, because we all know that music needs funding to push it forward. And do I see myself doing Supply Chain only? No, because like I said, the music gives me balance, it helps me to keep my sanity. If I am stressed and I sing, I am fine. So, those are like my left and right legs, I can’t do without the other one.

Does your music clash with your professional career?

No. I give time for my music and time for my work. There have been times when I have been asked to sing at functions at the office, not just in my current company but all the companies I have worked in. They know Modupe, the Supply Chain Professional and they know Dupsy, the Gospel Artiste.

An artiste’s worth is in the collection of works done; tell us about your albums.

My first album was released in 2005, it was titled ‘No More Pain.’ A few years later, I did the ‘No More Pain Reloaded.’ After that, I did another album titled ‘The Experience’ and followed that up with ‘Worship Unleashed.’ In all, I have four albums.

What have you done this year?

I have recorded four singles this year. Two have been released and we hope to release the other two before the concert. The first single that was released this year is titled ‘The Move’, I had that with a few of my friends, Ifeworships, Ejen and Asattaand the second one is called ‘See His Glory’, the other ones will come before November by the grace of God.

Are your songs inspired by your personal experiences?

For me, song writing is inspired by different experiences. Before 2014, maybe like 2010, if you had asked me that question, I would have said that I don’t write songs, bring your songs, I will sing them. But through some experiences I have had since 2012, I noticed that during my quiet time, songs do come to me and I write them down. In 2014, I was praying one day and the Spirit of God told me all these songs that you sing to me, how about we have a concert where you then sing the songs and minister to people with them? So that’s how the concert side of my life came about. If you ask people that know me, personally I like to take responsibility for things, but I don’t like to take too much than I can handle. If I don’t feel like I am equipped to do something, I don’t venture into it. But then, some of the things I have had to do from 2014 till date, they have been things that sometimes I feel I can do, there are some that I feel that I cannot, but when God nudges you to do it, and He sends the help to achieve it, you see yourself doing it.

Can you give us an overview of your impression of the gospel music industry?

I think the gospel music industry is making waves. There is hardly a church service you attend that you won’t hear songs composed by Nigerian Gospel artistes. At least, eight out of every 10 songs during a church service would have been written by a Nigerian. Unlike back in the days when you had a lot of influences from the United States, now, they take our songs and they do collaborations. One of the latest collaborations is JJ Hairston, a successful American artiste with our Nigerian Mercy Chinwo. It was a song written by her, but they had a remix. The music industry is doing very well and I believe that there is still a lot of room for more collaborations in the future.

Who would you consider your contemporaries?

I have friends; I have people that I interact with. So, in the course of organising the concert and this one will be the sixth, I have had to interact with a lot of people. And by interaction, I mean invite them to minister at the event. We have had people like Nathaniel Bassey, we have had Victoria Orenze, we had Pastor Kunle Ajayi in 2015, and we have had Segun Obe, Ighiwiyisi Jacobs, Folabi Nuel, Olumide Iyun, and Moji Olusoji and my friends Ifeworships, Asatta and Ejen.  I have had to work with a lot of seasoned professionals in recording my songs. I did two songs with Wole Oni. The very first concert we had was produced by one of my friends Ifeworships, then the next producer we had was Segun Obe. In the last three years, we have had our production done by one of my friends and Brother Asuzi Allwell Brown, popularly known as Mr. B, the CEO of Gate House Music, and he has produced a lot of my songs. These are people I have had to work with fulfilling this calling.

So, who then are your contemporaries?

I believe that the calling that I have is peculiar to me, yes I have mentors, I have people I look up to, but I won’t call them my contemporary. I have silently had CeCe Winans as a mentor not personally. I have had to work with an America worship leader, Candy West, who was my vocal coach for a while. In Nigeria, there are some people that I have also looked at how they do their things, like Pastor Nathaniel Bassey, and Victoria Orenze.

How did you pick the name for your concert?

It is interesting how things come to me. When I receive inspiration, I get into a state where I don’t think of anything else, more like my senses are suspended. I just focus on that thing which I am being inspired to do. I was thinking the other day, how did the name Foretaste Concert come about? It was during one of my study sessions even before the concert commenced in 2014. I was doing a discipleship program in my church; we have about three stages namely Master Life, Experiencing God and the Mind of Christ. So, this whole journey started when I enrolled in the discipleship program. The first one which was Master Life helps you focus on the fact that God who has created you has something He wants you to do in the world, by being a part of what He is doing. So it is not for you to ask the question, ‘what is the will of God for my life?’ That is not what you are supposed to do, you are supposed to ask ‘what is the will of God and how am I supposed to be a part of it?’ By the time you start asking personalised questions, you will be limiting yourself. You are just a piece of a puzzle, so when you focus too much on yourself, it means you are focusing on that small piece and the tendency is to then have it broken into smaller piece and become myopic. On the other hand, when you see yourself as a part of a whole puzzle, you are focused on the divine vision, and that is what happened to me. It is not just about me, it is about me contributing to other people’s ministries, lives and encouraging to be all God has created them to be. So, in terms of the name, it was in one of those prayer sessions that I received it. It was not something that Dupsy sat down and thought about.

What informs the date for your concert?

Typically, it will come up on the second Saturday of November. The very first we had, we did it in December because God told me you have to do it and you have to do it this year. So, when I looked at my work schedule and planning, and I remembered I had a child going to the university in the same year 2014, we had to do the first in December. After the first one, we always improve on things, and we realise that December is a very busy period for people and a lot of people that you would need to support the work like music production and sounds were spread out over the month. So carefully, and prayerfully we landed on the second Saturday of November.

Tell us what to expect from the 2019 Foretaste Concert?

The vision behind the Foretaste Concert is to gather people together in an atmosphere of worship. There is a state that the human mind is in, that you can receive from the Divine, receive from God and that is usually created through worship. When that atmosphere is created, people receive inspiration from God and not just inspiration, but the focus is to receive the inspiration and mandate for their own lives and what they are supposed to contribute to the Kingdom of God, what they are supposed to do in life. So, it is not just the place where you just come and worship and leave, you leave with something, a vision, a word that helps you in your life. One of the things I constantly say to the band is that when you come and you are a part of the Foretaste Concert in any year, there is something that you should have in mind that you are trusting God for and that God will do it for you. So, it’s a concert that is constantly bringing people together to launch them into their destiny. And for people that already know what they are meant to do in life, it gives them the grace and capacity to be able to fulfill their God-given mission.

How do you get sponsors for the concert?

We are still trying to get sponsorship, but in the last five years and this sixth edition, God has miraculously provided the money between my husband and I. I remember the first one, it was a family saving that we cashed out on and put into the concert. But you know that God doesn’t owe anybody, if you think you are giving God five Naira, you are helping yourself because he doesn’t owe anybody, if you give him five Naira, you can’t imagine what He will bless you with, and not just monetary, but in every other aspect of your life, with things money cannot buy. In the last five years, the budget has been massive, I ask myself how did it happen, I didn’t steal to get it, I didn’t beg to get it, God just makes the provision for it. And once the money is in my hand or our hand as a family, there is no holding back. The work of God comes first.

Why I May Never Collaborate With Tiwa Savage-Yemi Alade