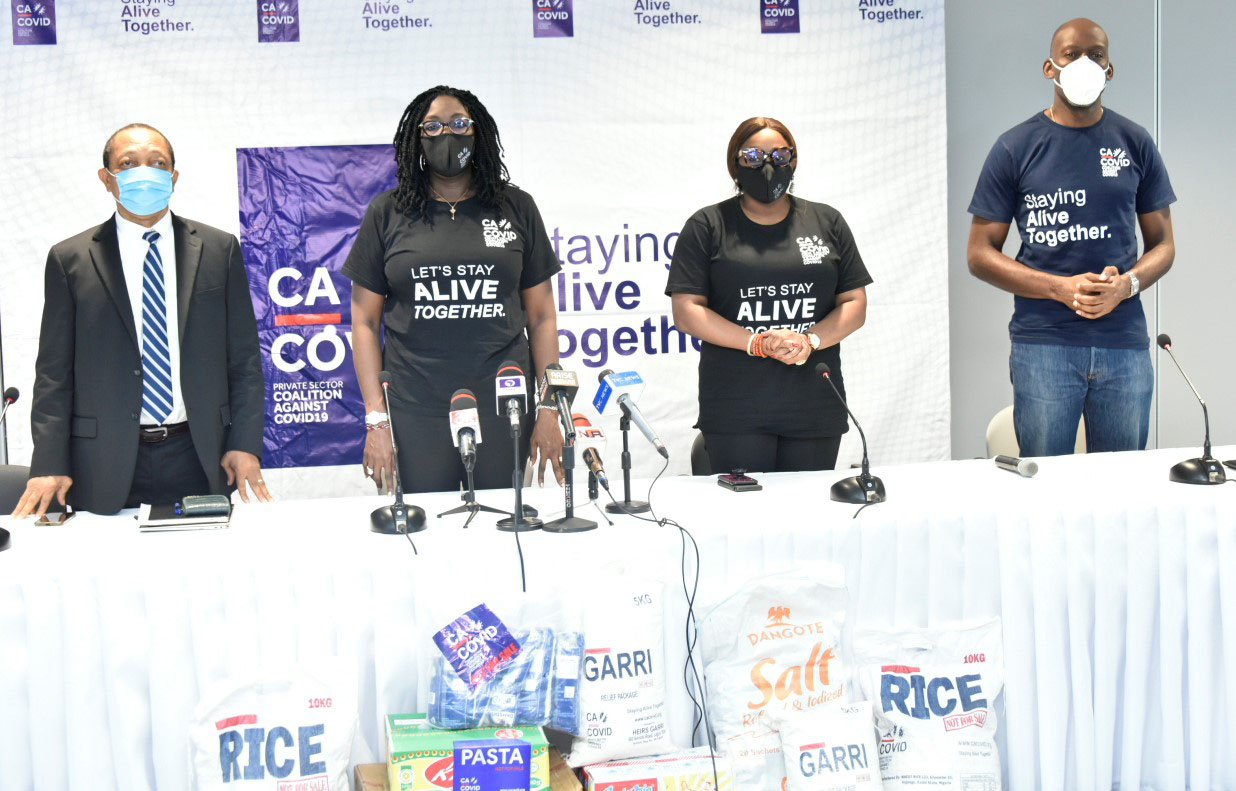 The Private Sector-led Coalition Against COVID-19 (CACOVID) has petitioned the Edo state government over alleged misappropriation of its food palliatives worth over N465 million by a member of House Representatives from the state, Dr. Omoriege Ogbeide Ihama, who represents Oredo Federal Constituency, Benin, Edo state.

CACOVID, a coalition of Organised Private Sector operators had earlier in the year, pooled resources together to complement federal and state government efforts at curbing COVID-19 pandemic had purchased and donated testing kits, medical supplies, built isolation centres and provided food palliatives worth N23 billion for distribution to the poor and the vulnerable in partnership with the state governments.

The Coalition said in Lagos that it has dispatched food palliatives to Edo state to cater for 36,295 households just like it did for other states for onward distribution to the people but was alarmed to see the lawmaker on state television distributing the food stuffs, claiming he bought them; without recourse to CACOVID as the provider.

The group described the development as very fraudulent and unbecoming of a federal lawmaker to lay claims and take credit for what he knew nothing about how it was purchased, the amount spent and how they were taken to Edo state.

A CACOVID leader and ACT Foundation Chief Executive, Ms Osayi Alile told newsmen in Lagos that the Coalition was very embarrassed by the video of the distribution of its food palliatives by Representative Ihama to his constituency claiming he provided them when it was CACOVID who donated the stuff to the state for distribution to the people of the state, to cushion the effect of the coronavirus pandemic which has badly affected the economy of the people.

“We need to let people know that it was a false claim, Ihama never bought those products, they were purchased by CACOVID to complement the state government’s efforts at alleviating the untold hardship brought upon the people by the COVID-19.”

Ms Osayi explained that CACOVID had to write the state to express its displeasure at the development because the lawmaker was bold to say he provided the food palliatives to the people on the state Independent television station and even went ahead to showcase the beneficiaries who were also thanking him for the provisions.

Said she; “News coverage by the Independent Television, Benin, Edo state, showed Dr. Omoregie Ogbeide Ihama, the member representing Oredo Federal Consistency as he claimed credits to the palliatives which were distributed by the Private Sector Coalition Against COVID-19, CACOVID.

“In the report, he stated that besides sponsoring bills and motions for the good of Nigerians, he will continue to champion the cause of improving the lives of the people. He also added that since the outbreak of the COVID-19 virus, he has personally given out food items and networked with other agencies of government to attract the relief materials to the people of Oredo constituency.

“He made this statement while supervising the distribution of the palliatives which had CACOVID logo plastered all over them. Therefore, CACOVID is strongly refuting his claims, that the palliatives are a part of its efforts to feed 1.7million households in the 774 local government areas of the country. This is an initiative which has kicked off in the states such as: Bauchi, Jigawa, Kogi, Anambra, Ogun, Kebbi, Ekiti, Borno, Yobe Enugu, Plateau, Benue, Nasarawa and Edo.”

CACOVID is a private-sector alliance tasked with pulling resources across industries to provide technical and operational support while providing funding and building advocacy through aggressive awareness.

So far, the coalition has built and revamped testing and isolation centres to strengthen the response capacity of states. They’ve also supported the NCDC with over 300,000 test kits and personal protective equipment (PPE).