Afrobeat musician, Femi Kuti has joined a renewed campaign against officers of the Special Anti-Robbery Squad popular as (SARS).

Before now, there had been campaigns against the special police team who are supposed to be crime fighters but have killed several innocent Nigerians.

Others who have also joined the new campaign are Ruggedman, Waje, Kcee, Olamide, Don Eazy among others.

In his campaign against SARS, Femi Kuti tweeted: “How many more innocent people must SARS/the police kill before urgent steps are taken to completely overhaul and reform the entire police force. Obviously, the government and their children are safe and that is why they are nonchalant and indifferent.” 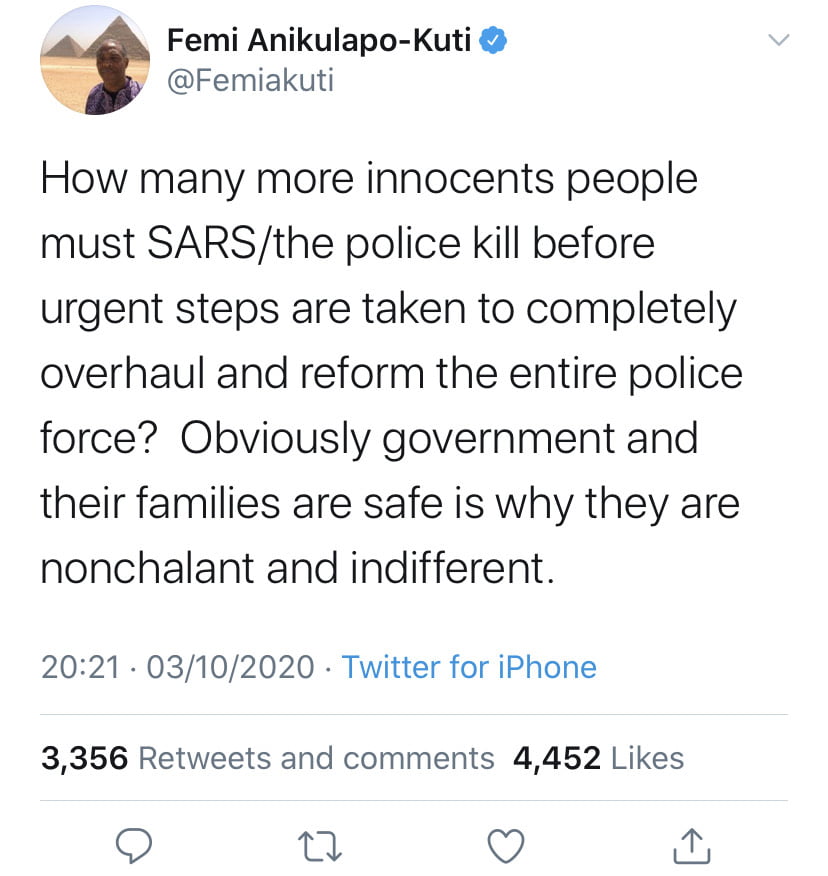