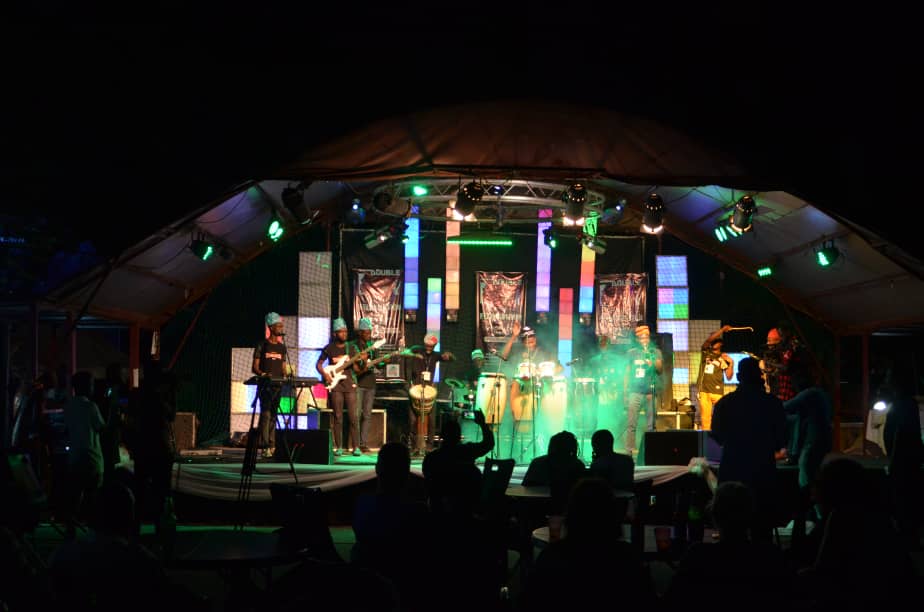 It was all Glitz and Glamour at the opening of Felabration 2021, at the Afrika Shrine yesterday.

The euphoria was palpable and indeed invigorating with an array of Artists performing as opening acts at the acclaimed yearly musical concert.

The ecstatic crowd and music buffs were thrilled by the astounding musical prowess of established and new acts’ rendition of songs and stage theatrics, while so many of them resonated with the spirit of the ‘Abami-Eda’, Fela Anikulapo-Kuti’s Sobriquet.

Acts of the night that displayed scintillating performance and acceptance from the crowd include Afro Hip-hop rapper, CDQ; Singer and Rapper, Skales, and Atanda.

In her remark, the Founder of Felabration and Daughter of the Afro Beat Legend, Yeni Anikulapo-Kuti expressed joy and fulfilment at this year’s event.

EKO ON SHOW: TENI; DAVIDO; K1 OTHERS BRACE UP FOR FRIDAY EVENT