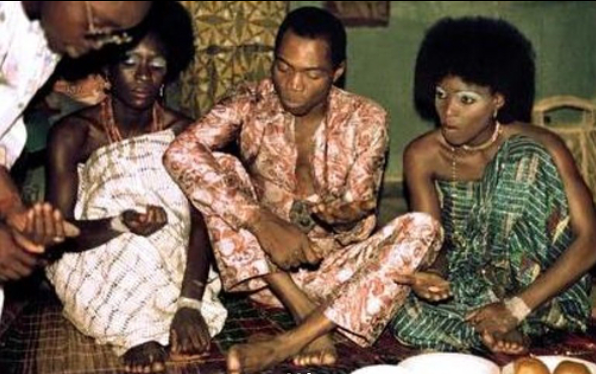 Fela Anikulapo Kuti got married to 27 women on February 20, 1978.  The African music legend and Afrobeat creator held the wedding of the women who were his back up dancers on the same day.

Reports has it that Fela was able to pull off the feat by putting out a notebook and asking any of the girls who were willing to marry him to write down their names and instantly 27 of them did.

And on February 20th, Fela called Ifa priests (reportedly 12) to join the wives in holy matrimony at the Parisona Hotel in Anthony, Lagos. A handful of the wives married against their parents consent but the wedding ceremony went on nonetheless. The marriage also held to protect Fela, and his wives, from claims from authorities that he was kidnapping the women.

The event was attended by band members, friends and family. Fela placed naira notes on their heads, offered a few words and dished around marriage certificates. He would then engage in a rotating system of having just 12 of them live with him at a particular time. When he first married, he had sex with one, then another, then another till the 27 were complete and then he took them all to Ghana for the honeymoon shortly after. 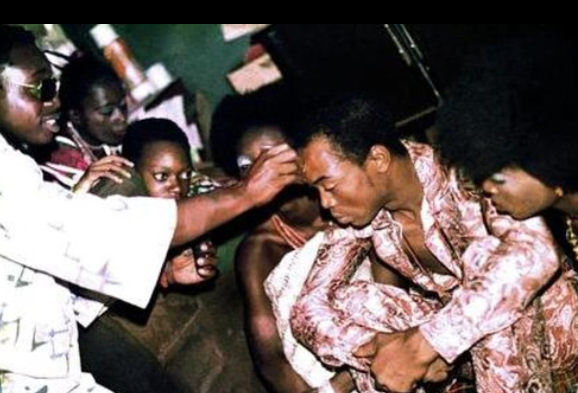 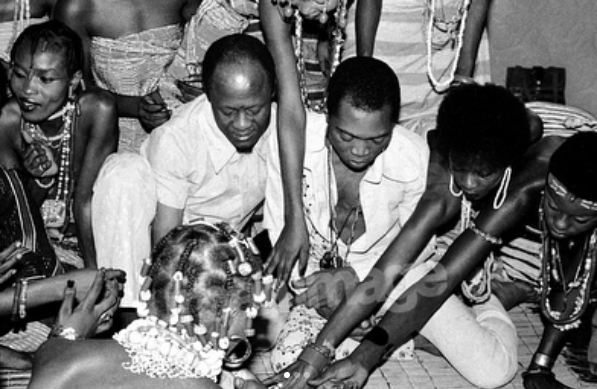 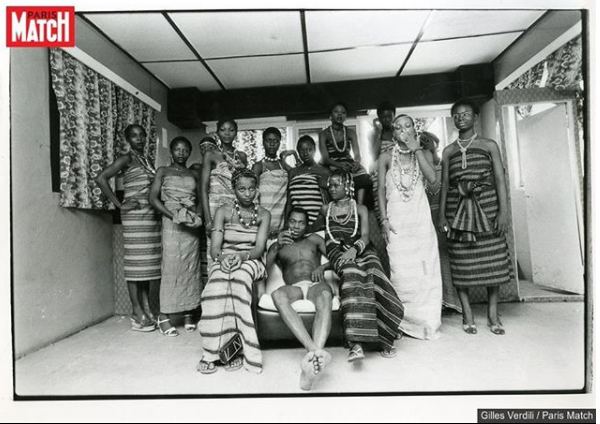