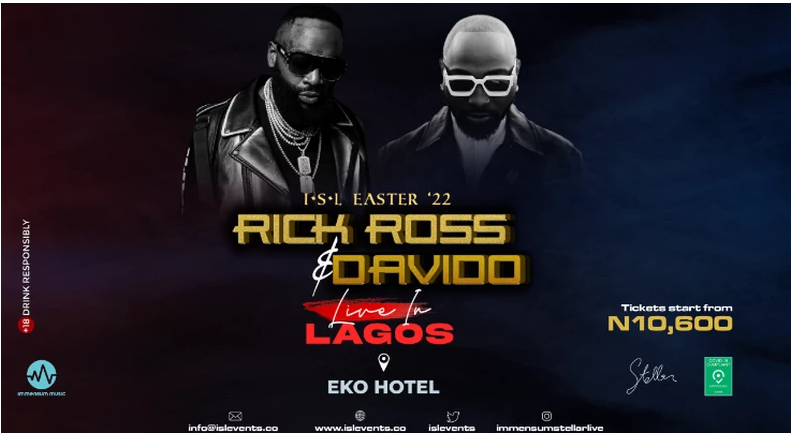 A video of how a fan was thrown off stage as Davido performed at Rick Ross’ Live in Concert has emerged.

The incident reportedly took place as the Nigerian star performed at the event that was held at Eko Hotel, Lagos.

Rick Ross was on stage with Davido, performing, when a fan climbed the stage and began performing too.

The stage invader got in a few seconds of unplanned performance before security men got hold of him and threw him off the stage.

Related Topics:davidoFan Thrown Off Stage As Davido Performs With Rick RossRick Ross
Up Next