Olateru-Olagbegi, got engaged to her manager boyfriend recently and she has been showing off the ring since then. Their wedding is slated for Saturday, November 3rd. 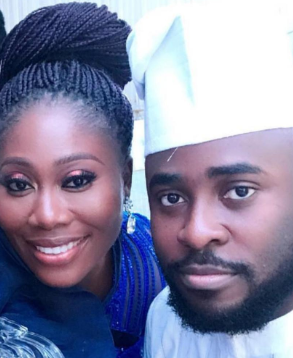 Ajayi, is the strong believer in the artistes he manages. Recall that he was the one who released a strongly worded statement about the none withdrawal of a controversial song by his artiste.

Following the release of Falz’s controversial song ‘This Is Nigeria’, a song which spoke of the ills of the country, it attracted heavy criticisms from several quarters including the Muslim Rights Concern (MURIC), a human rights organization which promotes, protects and projects the rights of Muslims.