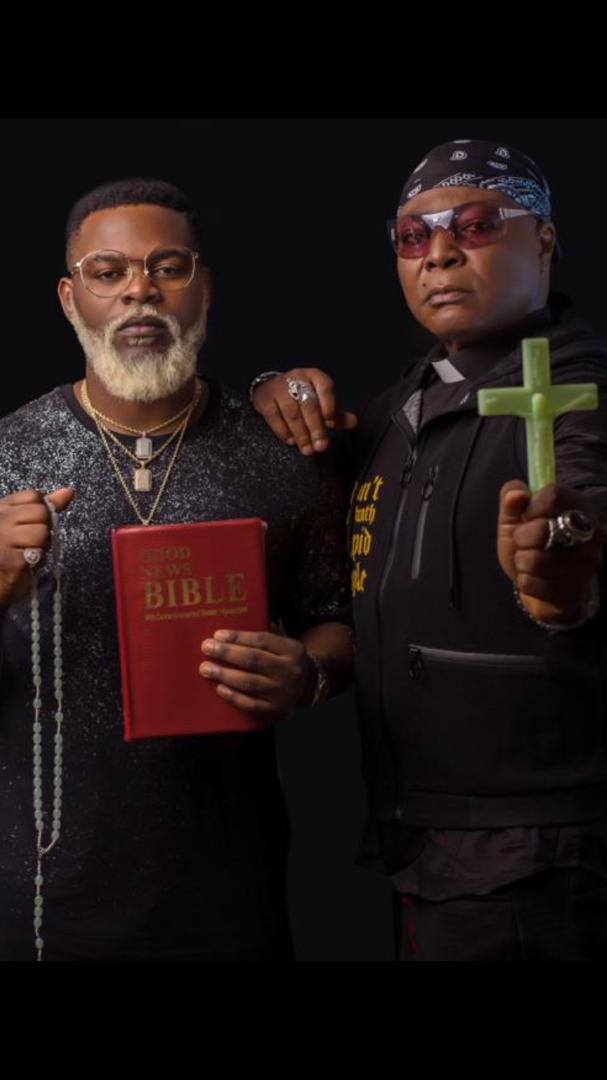 Area Father, Charly Boy, has revealed why he suddenly returned to making music after a long while away from the industry.

“I am thinking about music right now. I have done a few collabos with a few artistes. I am planning my comeback,” he said while speaking about his music career during a recent interview, adding that music can be another avenue to talk to young people.

“Every age has its pseudo-problems created by its fake prophets and pseudo-philosophers. Fake Pastor Watch-out. Pastors Charles and Brother Falz. Coming soon,” Charly Boy also wrote on social media, while explaining the motivation behind his new project with Folarin Falana popular as Falz The Bahd Guy.

The new project was motivated by fake pastors, as the artwork, shows Falz with a Bible and a rosary, while Charley Boy holds a cross.

“It is the same kind of message that my music has been focusing on in the past 45 years. If you go back to 1988 when I did my song called ‘1990’ where I said that the government has been waiting for 1990 so that they can put Nigeria in their pockets once again. That is the kind of message I am talking about,” Charly Boy said while explaining the kind of music to expect from his new project.

Why I Need A Manager-Tekno