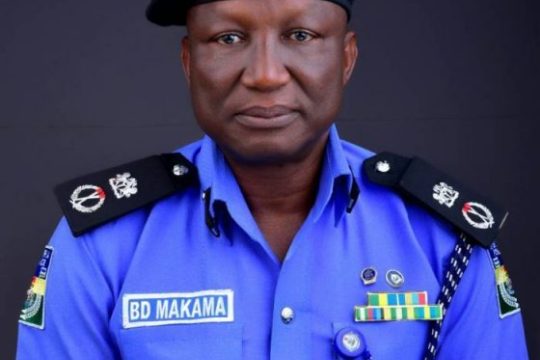 28 year-old Kazeem Yusuf, has been officially tagged a wife killer.

Yusuf was paraded by the Ogun State police command having been arrested for beating his wife to death at their Enugada residence.

According to sources, Yusuf who committed the offence on September 23rd told the police that his wife slumped and died while she was fetching water. 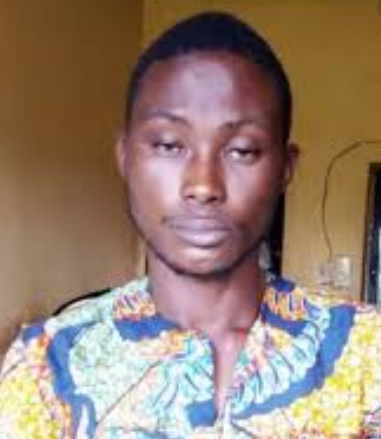 However, while detectives who were sent to the scene were examining the deceased’s body, he sneaked out and has been on the run since then.

A statement explaining the situation, signed by the spokesperson of the Ogun State police command, Abimbola Oyeyemi was quoted as saying:

“The suspect has been on the run since September 23. He was arrested on October 14 by policemen at Enugada Division.

“On the day of the incident, the suspect ran to the station and reported that his wife collapsed while going to fetch water and died. Upon his report, DPO Enugada Division SP Baba Hamzat detailed detectives to the scene. The body was examined closely and detectives noticed Mark’s of violence which aroused suspicion that the victim might not have died of natural cause.

“While the detectives were searching for more evidence, the suspect sneaked out and took to his heels. The corpse was subsequently taken to General Hospital Ijaiye mortuary while a massive manhunt was launched for the husband. The manhunt yielded positive result on October 14, when his hideout at Itori was discovered and he was arrested.

“He has since made a confessional statement that he beat up his wife over a minor disagreement and that the deceased collapsed in the process and gave up the ghost. He stated that it was not the first time of beating the woman, but he did not know that the beating will result to her untimely death.

“The corpse of the deceased, a mother of one, has been buried by her relations according to Islamic rite. The Commissioner of Police Bashir Makama has ordered the transfer of the suspect to Homicide Section of the State Criminal Investigation and Intelligence Department (SCIID) for further investigation and prosecution.”

False Statement: I Demand An Apology From Falana-Moghalu