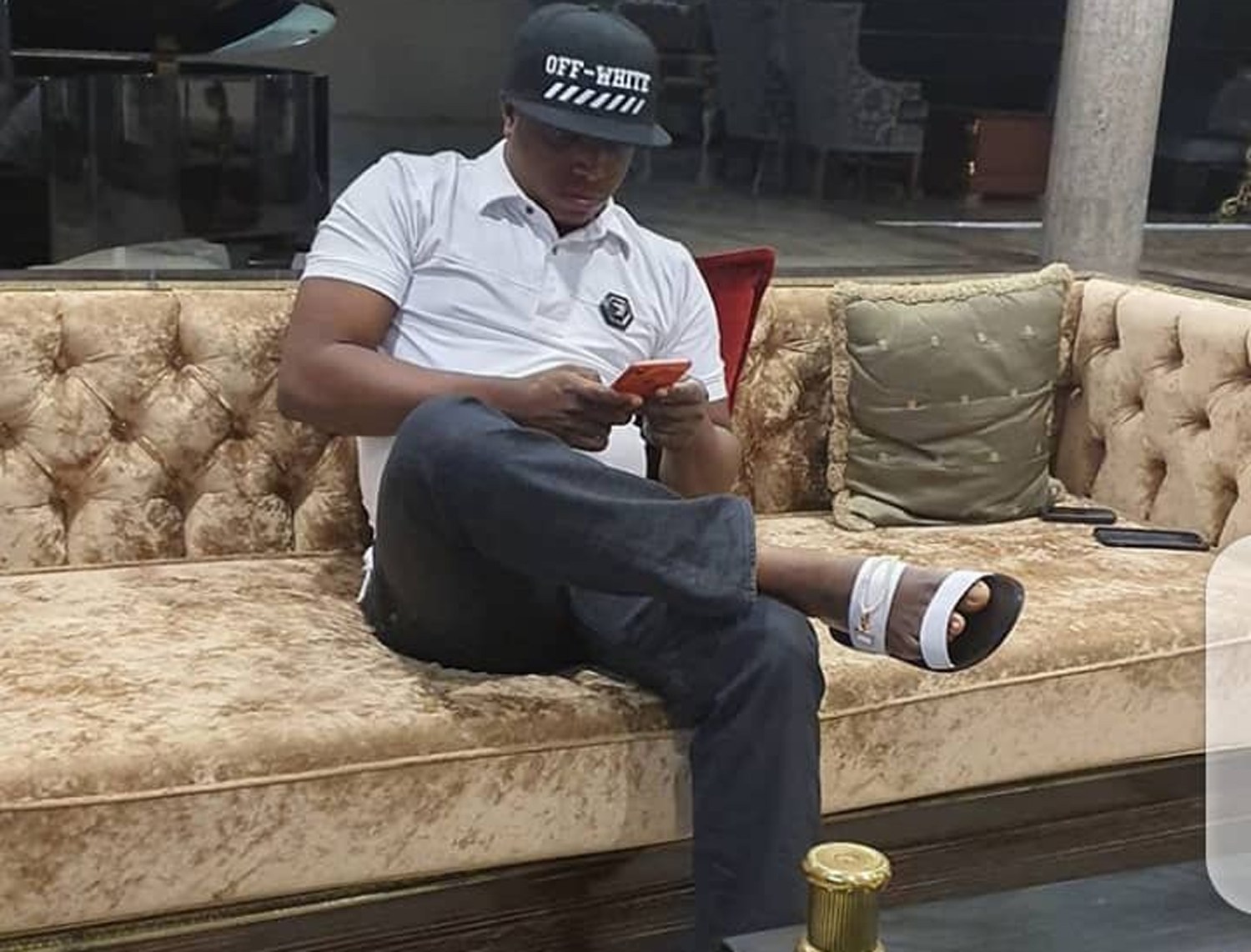 Interestingly, a few days after his declaration, self -crowned youngest billionaire, Tunde Biletiri, who challenged Huspuppi and Mompha has been arrested over a series of frauds running Into several millions of Naira.

Sahara Weekly’s check revealed that trouble started with the self-crowned billionaire when he was arrested at the Portharcourt airport bragging that he just brought a private jet and Is in the same league with Tinubu and other private jet owners.
Consequently, he was detained for questioning by security operatives. It was during interrogation they discovered he was on the police wanted list.

We reliably gathered that a few months back, he submitted a proposal to Mr. Osawaru Joseph, owner of Exquisite Homes 2 hotel and Lounge, claiming that he is a close pal to Singer, Wizkid. According to our source, he claimed Wizkid agreed to accept 15m to perform at the show. Immediately, they paid him the money. Later, he called the businessman and said Wizkid said he can’t perform for such an amount and was demanding for another N15m.
However, a friend to Osawaru convinced him to reach out to Wizkid’s manager directly for confirmation and it was then the burble burst that though he called them and they negotiated for N15m, he never Paid them a dime.

Secondly, another club owner and boss of Level 9, Mr. Obi Kingsley, based in Asaba contracted him to organize a show for him and bring Burna Boy as the lead artiste. He claimed Burna boy agreed to perform only if they are willing to pay N25m and they transferred the money to him. Sadly, he did not remit any money to the management of Burna Boy.

Aside from that, we gathered that he defrauded other business owners and show promoters claiming he has the connection both politically and in the entertainment circle.

Our findings revealed that he squandered all the money on frivolities. He got a permanent suite at Oriental hotel, Lekki and camped different shades of girls and lived a flamboyant lifestyle deceiving people that he is fronting for politicians.

Thus, when he was arrested, they discovered he has squandered all the money and acting irrationally. He has been in detention since 10 days ago and has been charged to Court.

Sahara Weekly spoke with both Mr. Joseph Osawaru and who confirmed our story and promised to shed more light on the issue. We equally spoke with the IPO in charge of the Case and he said Tunde is an international fraud.
More details soon…

It would be recalled that self-crowned Young and wealthy publisher Of Black celebrity Magazine, Tunde Biletiri set the social media on fire with his claim that he is richer than Huspuppi and Mompha.
It is an insult to compare me with Mompha and Hushpuppi – Tunde Biletiri says

The young publisher who called himself the youngest billionaire said both of them are broke and can’t be compared with the real wealth he controlled.

In an Instagram post on his official page,@biletiri he claimed that while they are eager to meet Governors, he is busy sponsoring elections behind the scene.

“Billionaires don’t make noise, don’t be deceived by what @huspuppi and @mompha display on the internet they are broke niggas…. Dangote won’t pose with his bag of cement ….. #1 billion well spent….

I get money to the extent that I Dey busy some Governors calls, they wanna meet the Governors but we sponsor Governor’s election….”
Alleged Young Billionaire, Tunde Biletiri challenges Huspuppi, Mompha

OKOWA’S APPOINTEE ASKIA OGIEH SHUTS DOWN LAGOS WITH STRIPPERS FOR HIS BIRTHDAY, WITH DESOPADEC FUNDS