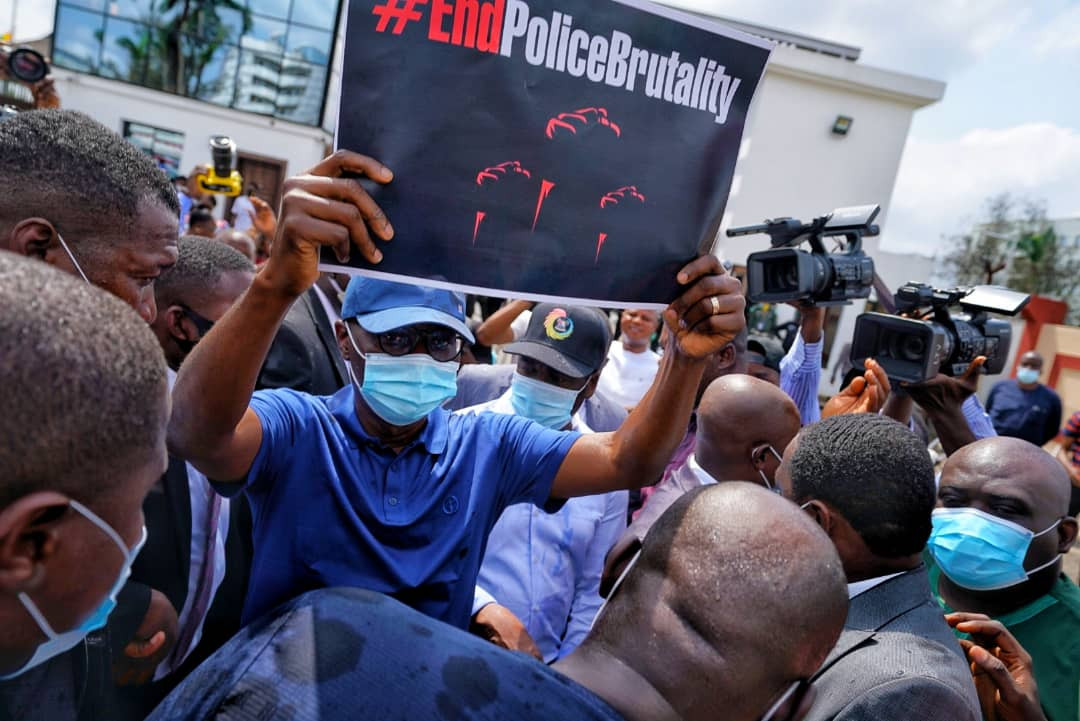 Lagos State Governor, Babajide Sanwo-Olu got a dosage of the heat of the EndSARS protesters today, as they literarily told him to keep shut as he tried to address them.

In an  effort to address the protesters on  Tuesday, October 13, they simply burst into singing Davido’s latest single ‘FEM’.

The protesters had marched to the state government house to demand the end to police brutality.

Governor  Sanwo-Olu came out to meet with them but as he was making his address, the DJ who came along with the protesters started playing Davido’s ‘FEM’.

The protesters began to sing, forcing the governor to stop his speech. He received the petition from them and promised to hang it over to President Buhari whom he is going to see in Abuja later today.