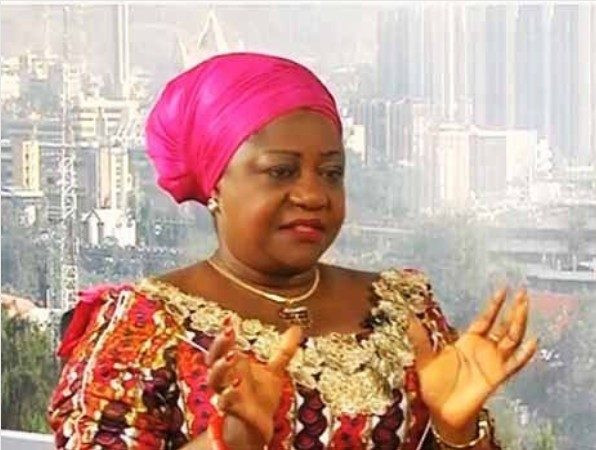 In a tweet she shared, Onochie stated that the protest is being organized by kids who have no understanding of what the root issues are.

She further shared a screenshot of Zahra Buhari’s Instastory post in which she condemned police brutality to back her stance on the protest.

THERE’S A GREAT DIFFERENCE BETWEEN

Thanks to Vanguard Online that captured the image she shared on her Instagram Story, we now know that Zahra Buhari Indimi lent her voice to what ALL NIGERIANS want, which is, END POLICE BRUTALITY. She posted an image that says #EndPoliceBrutality. She said nothing more.

There’s a great difference between #EndPoliceBrutality and End FSARS. One is by Nigerians, the other is by Kids who have no understanding of what the root issues are.

WE ALL WANT THE BRUTALITY TO STOP.

For me, even parading alleged criminals on National TV and making them to confess, is part of that brutality that needs to stop, especially when two or more years down the line, such people have not been charged nor convicted.

We must separate the end SARS childishness from #EndPoliceBrutality. Ending Police Brutality comes with reforms. This is why reforms are needed to reposition FSARS to serve it’s purposes more efficiently and more effectively to the pride of the nation.

The reforms are not just about laying out the rules guiding FSARS. No, its about ENFORCEMENT. The public needs to SEE that their reports and complaints are taken seriously and acted upon, including reports about those who slap or kill police officers too.

If we end FSARS and create something else, it will metamorphose into another FSARS, just as we have today- still with some bad eggs.

It’s PEOPLE that need to be held accountable.

There’s an urgent need for all Nigerians to look inwards.

When erring officers are seen to be held accountable and punished according to the laws, public confidence will return. Citizens would embrace them. Thats how national institutions are STRENGTHENED. Nations strengthen their institutions. They don’t kill them.

We cannot end the use of water because someone drowned nor can we chop off a hand because it lost a finger nail.

Let’s come together to push for a positive reform that will and can #ENDPOLICEBRUTALITY. #ReformFSARS

That’s where I stand. 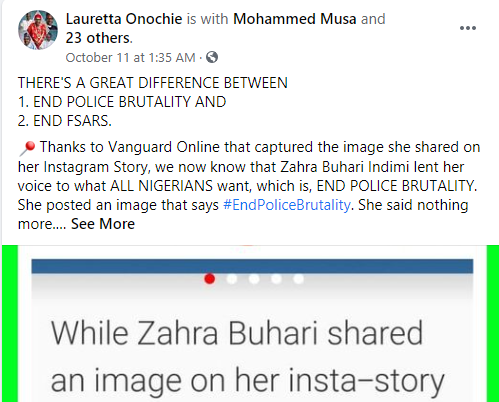