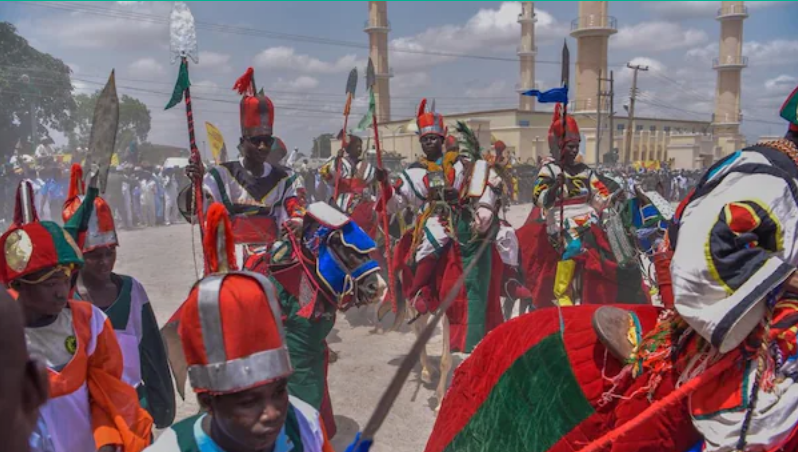 The Emir of Daura, Dr. Umar Faruk Umar, has banned the Sallah Durbar in the emirate for the forthcoming Eid-el-Fitr.

The Sallah Durbar was cancelled by Dr. Umar due to rising insecurity in the country.

A circular addressed to the district heads of the emirate announced the cancellation.

The traditional ruler in the statement dated Thursday, May 6, and signed by Danejin Daura, Alhaji Abdulmimini Sahihu also directed that no district head should visit him on the Sallah day.

The statement revealed that the Emir’s decision was further influenced due to the insecurity in the country, kidnappings, and other threats to national stability.

According to Sahihu, the focus will be on performing special prayers on the Sallah day as soon as the Eid prayers are performed. It added that the emir had instructed the district heads to conduct the Eid prayers with the people in their domain and offer special prayers for lasting peace in the country immediately after the eid prayer.

The Nigerian Supreme Council for Islamic Affairs (NSCIA) has told Muslims across the country to look for the new moon of Shawwal on Tuesday, May 11. The deputy Secretary-General of NSCIA, Prof Salisu Shehu, made the disclosure in a statement issued via Facebook on Saturday, May 8.