He was arrested while on his way to a three-week crusade in Nairobi, Kenya, with 54 sticks of drugs wrapped around his body.

Director, Media & Advocacy of the agency, Femi Babafemi, who disclosed this in a statement on Sunday, March 13, said that the youthful and popular preacher who has his church headquarters in Isuaniocha, Mgbakwu road, Awka, Awka North LGA, Anambra state and two other branches in Lagos and Abuja, was arrested on Monday 7th March, during the outward clearance of passengers on Ethiopian Airlines flight to Nairobi via Addis Ababa. 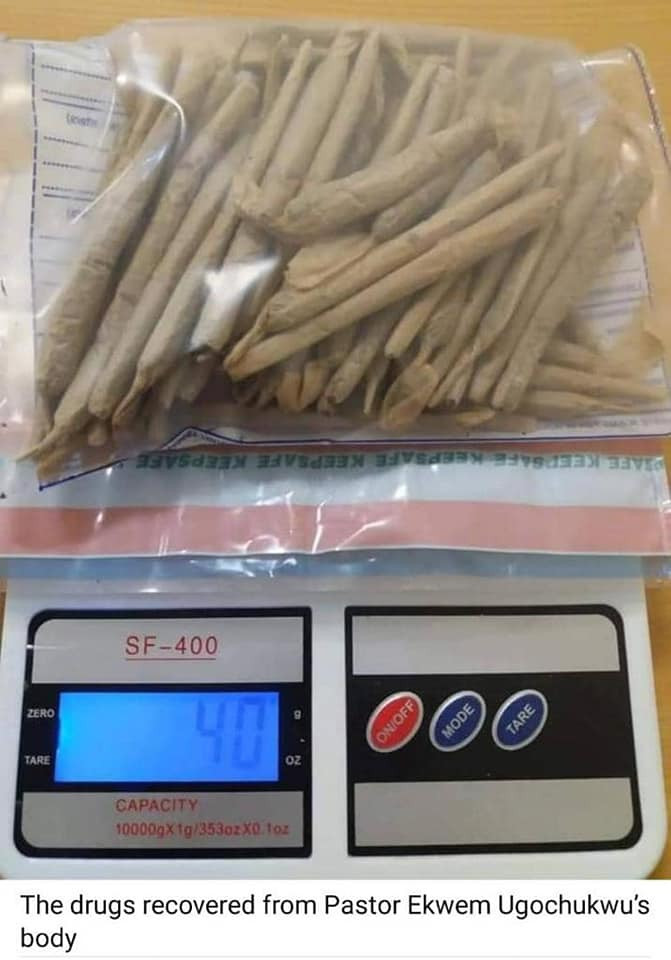 When tested, the 54 sticks proved positive to cannabis. The clergyman confessed during preliminary interview that he packed that quantity of illicit substance on his body to use during his three weeks crusade in Kenya.

While commending the officers and men of the MMIA, Chairman/ Chief Executive of NDLEA, Brig. Gen. Mohamed Buba Marwa (Retd) charged them and their colleagues across the country to stay focussed and intensify efforts to rid Nigeria of illicit drugs and substances. 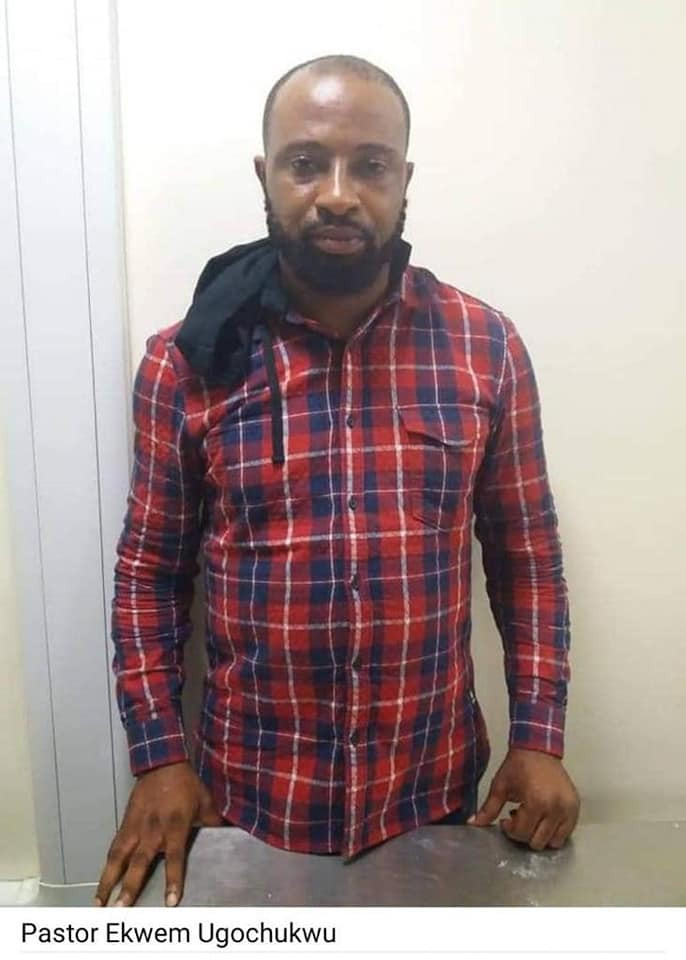 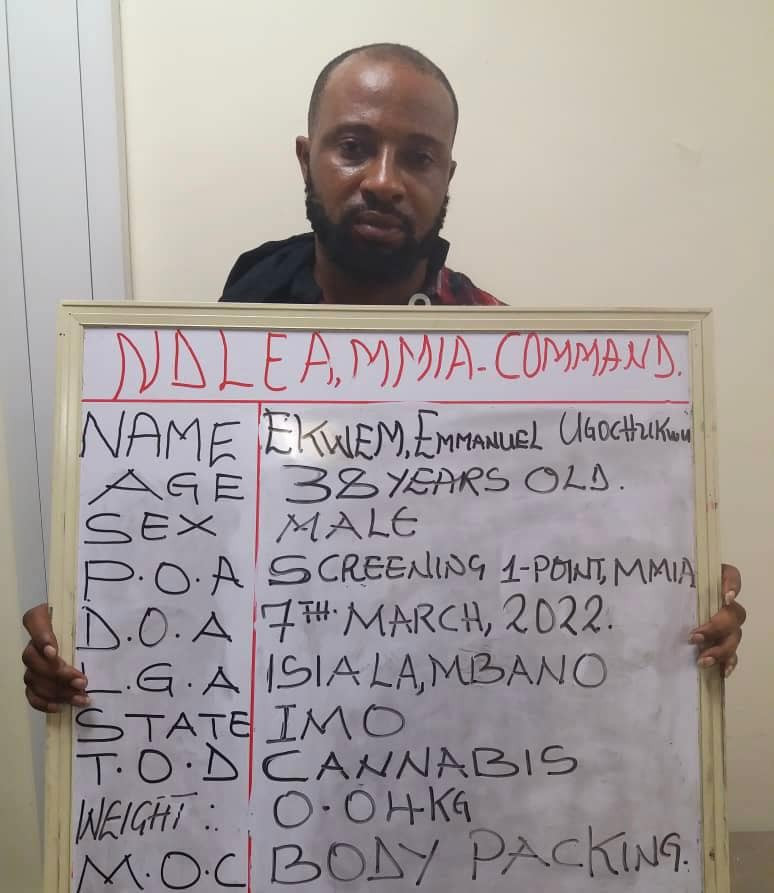