The Vice President of Nigeria, Yemi Osinbajo, will not be attending the 12th BAT Colloquium.

Information emerging reveals that he will only be able to watch virtually from the Presidential Villa. 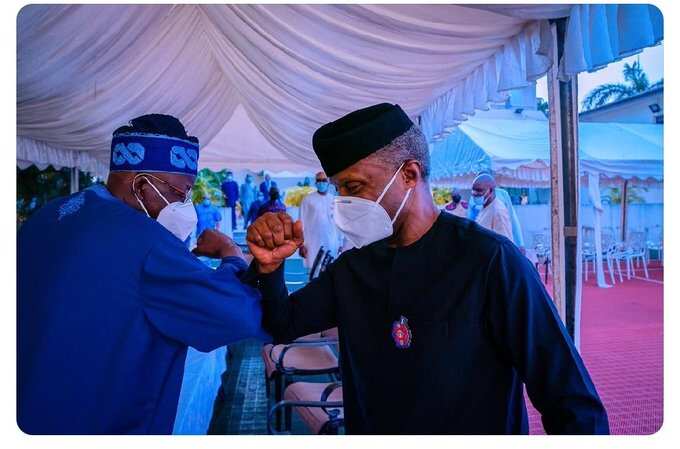 This much was revealed by Laolu Akande, Senior Special Assistant, Media and Publicity to the VP via his Twitter handle on Monday, March 29.

According to him, the change in plan was caused by bad weather, as Osinbajo had to cancel his flight due to bad weather.

Akande wrote: “VP Osinbajo spending the day celebrating Ashiwaju on his 69th birthday. Was on course to Kano this morning until weather conditions aborted travel plans. He ‘ll alongside Mr. President join the 12th BAT Colloquium virtually from the Presidential Villa. Happy birthday to Ashiwaju.”