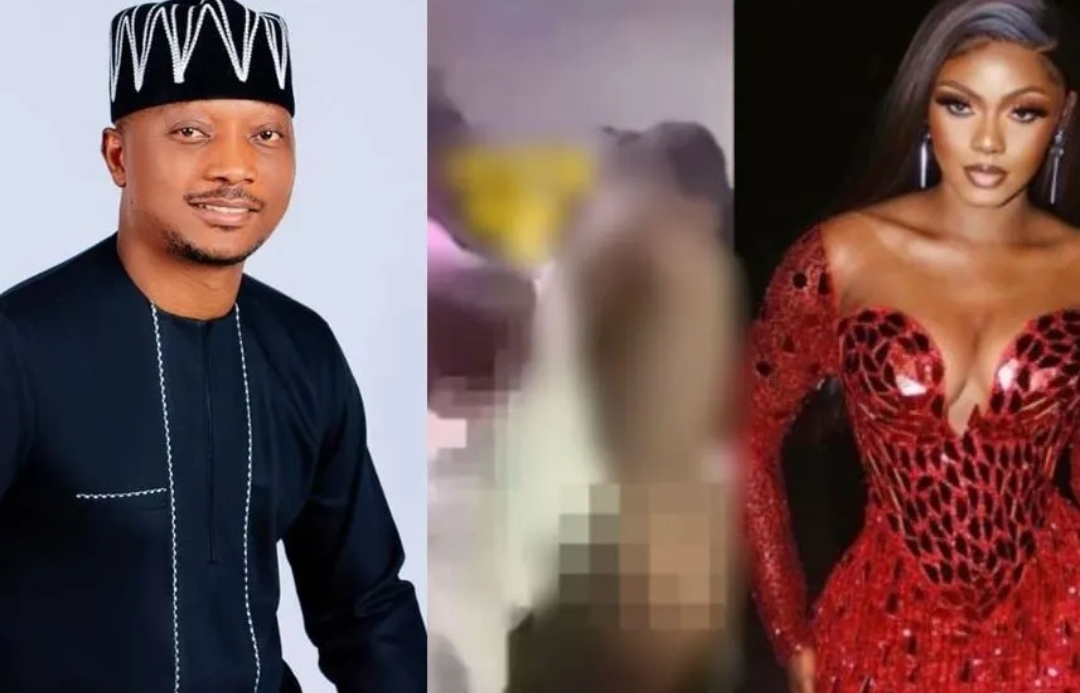 The saying that nothing is hidden under the sun is indeed very popular.

The truth is that eventually, the supposed secret becomes public knowledge.

Ask Abuja celebrity fashion designer, Seyi Adekunle popular as Seyi Vodi and he would agree with the popular line.

A video trending on social media currently has been said to be that of Bunmi Alade-Adekunle, the wife of Seyi Vodi and Moesha, the side chick of the fine man.

Moesha, an Instagram celebrity who flaunts her lavish lifestyle on social media was seen being embarrassed by Alade-Adekunle having found her in her husband’s office.

Seyi Vodi’s wife who had been having issues with her husband over Moesha was said to have stormed her husband’s office in Abuja unannounced and saw the two together.

In the video which is now trending online Moesha was seen being confronted by the angry wife of the designer, as she reminded the Instagram celebrity that she had warned her to leave her husband alone.

Having only a towel on, Alade-Adekunle, the wife of the designer with the help of her friends unclad Moesha as they recorded the drama.

The wife of the designer could be heard saying that she had warned Moesha, adding that if the Instagram celebrity thinks that she is crazy, she is crazier than her.

Attempts by Moesha to clad her body with a towel saw it being taken from her, as she also tried to use her wig to cover herself.

Adekunle Seyi Vodi, and Moesha had been dating for years and his wife was aware and had warned Moesha to stay away from her husband.

They maintain that she also recently discovered that Vodi was the one financing his mistress’ luxurious lifestyle, including buying her a Benz and establishing a fashion house in her name.

Recently, a little bird whispered to the wife that Moesha had visited her husband in his office again. So, she rushed down. Vodi, however, immediately bolted, leaving Moesha behind to endure the humiliation of her life.

Related Topics:Adekunle Seyi VodiBunmi Alade-AdekunleDrama As Wife Catches Abuja Celebrity Designer; Seyi Vodi In The Act With Side ChickMoesha
Up Next