With three children from two women, Timaya, has revealed that he is done with making babies.

The singer recently welcomed his last child, a baby boy with his latest woman, an interior decorator named Tama.

According to the Egberipapa One of Bayelsa, the arrival of the boy named Emmanuel was the icing on the cake, as it marked the end line for him.

Timaya stated this while sharing a picture of his children. He also wrote

”Emma is now a big sis. Super blessed Dude I am, Hey I’m done making babies… Get to work PAPA!”. 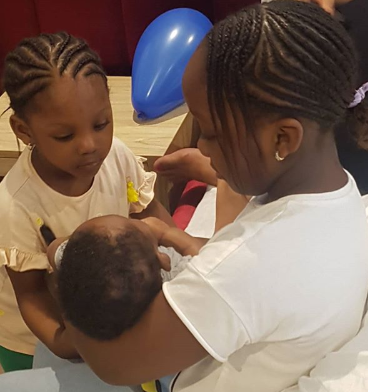 Timaya welcomed his two daughters Emma and Grace with his first Babymama, Barbara.