Nigerian singer, Davido, has told a Twitter user not to involve his children in any unpalatable conversation.

The artiste stated this after the Twitter user slammed him for using a photo of his son Ifeanyi on the cover of his album, “A Better Time”. 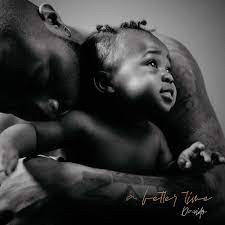 The Davido critic had suggested he used singer Peruzzi’s ”child” on the cover of the ablum.

The father of three spotted the comment and responded. He stated that people can say anything they want against him but they mustn’t come for his children. He responded

”Dead man walking ! You don carry ur hate for me to my child !! Innocent child ! Brother YOU DO THIS ONE !!!! Oya na

Say all you want about DAVIDO …. but DO NOT MENTION MY CHILDREN”

See their exchange below 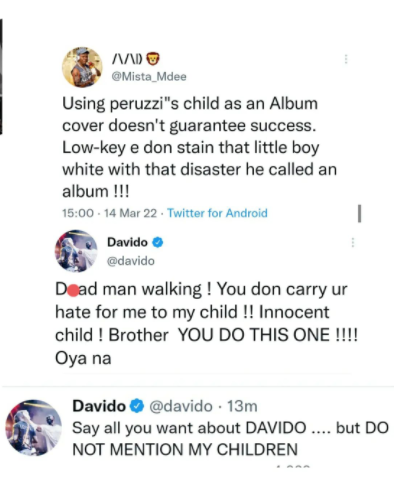