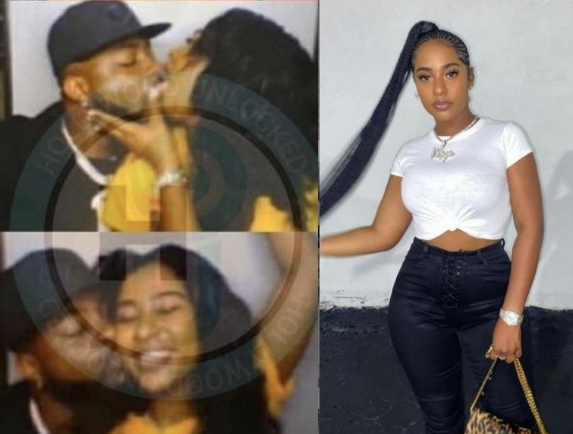 Chioma Rowland, Davido’s fiancee, and baby mama has been given a sucker punch by the singer’s new girlfriend, Mya Yafia.

Davido and Yafia who have been an item for a while have been one of the biggest talking points in the entertainment industry.

Weeks back, the duo were spotted holding hands at St. Marteen, and another photo of them kissing has sent the social media buzzing.

With Davido maintaining a sealed lip on his romance with Yafai, and known to have been having issues with his fiancee, questions regarding the future of the lovers have been asked.

There are those who have also insisted that Yafai has displaced Chioma who was believed to be set to walk the isle with the singer.

Nigerian Idol: Who Is Responsible For Seyi Shay’s Makeup?